I voted for Australian marriage equality from my computer in Ireland 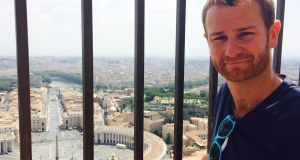 “As an Aussie citizen living in Ireland I am allowed vote in all elections online for six years after leaving.”

I recently cast my first vote as an Australian citizen, in the government survey on whether to allow same-sex couples to marry.

It was also the first time I was allowed to vote in any country since the Irish general election in 2007. I was unable to have my say in the historic Irish marriage equality referendum in 2015, as I was living in Sydney at the time, so it seems appropriate that my first vote as an Aussie is to try and bring about the same change there as happened here.

Some people aren’t bothered voting, but I always enjoyed exercising my democratic right and engaging in the civic process. I considered it a privilege and it felt empowering. That’s what made the feeling of disenfranchisement so isolating when I moved to Sydney.

By emigrating I was deprived of my right to vote in Ireland (one of the only countries in the western world that doesn’t allow its citizens vote from abroad), and before I became an Australian citizen, I was unqualified to vote there either. A stranger in a new land and a spectator of my home land, I was silenced from having a say anywhere. A citizen of nowhere.

I moved home last year after seven years in Australia and brought with me a new identity. Now I’m a dual citizen, so I can vote online in all Australian elections, and as a prodigal son, can also have my say in the litany of referenda which are scheduled to take place in Ireland over the next two years. 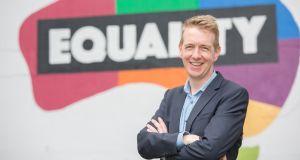 One of the issues will be about extending voting rights to citizens living abroad, in presidential elections only. This is a very Irish answer to an Irish question - give a half assed solution. Emigrants can vote on the symbolic issue but not on the substantive ones - if the referendum passes, that is.

Australia has a better system. As an Aussie citizen living in Ireland I am allowed vote in all elections online for six years after leaving. If I am still living out of the country after that, I have to apply each year to have my overseas electoral status renewed. Or, if I leave indefinitely, I can apply to get taken off the register and do not get to vote, but can re-register once I return to live in Australia.

This seems sensible and fair to me. People who have gone for 20 years won’t get to have a say in matters, but those that have been gone only a few years still have that feeling of attachment and inclusion to their home country.

Politically, Australia may be behind Ireland on marriage equality, but it is ahead in social progress on most other issues. It is strange moving from a very secular country back to one which is still trying to cast aside the vestiges of theocracy. Next year we’ll also be asked to consider the clause in the Constitution that stipulates a woman’s place to be in the home. We’ll contemplate our strict divorce laws, and our maintenance of the currently criminal act of blasphemy.

Bangladesh and Saudi Arabia cite Ireland’s blasphemy laws as a shining example of a western country that punishes intolerable blasphemers. Some company.

I look forward to being here and having a vote on these issues.