Liam Neeson to receive diaspora award for contribution to Ireland 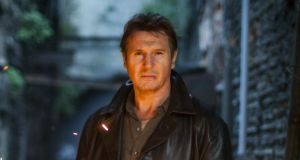 Liam Neeson has ‘helped to raise Ireland’s profile and awareness of Ireland and Irish artists around the world’.

Liam Neeson is to receive a special award from President Michael D Higgins for his outstanding contribution to the Irish diaspora.

The annual Presidential Distinguished Service Awards for the Irish Abroad highlight outstanding work by Irish people living overseas across a range of areas, from sport to science, charity or community support. Nine others will receive an award along with Neeson at a special ceremony at Áras an Uachtarain later this year.

This is the sixth year of the awards, which were established after the 2011 Global Irish Economic Forum. Nominations are made by Irish communities abroad through Irish embassies and consulates.

A statement from the Department of Foreign Affairs described Mr Neeson as “an extremely gifted and internationally renowned actor”, who has “helped to raise Ireland’s profile and awareness of Ireland and Irish artists around the world, especially in the US where he is based”.

His support for Irish cultural projects, including the 2016 commemorations, voiceovers for Tourism Ireland’s St Patrick’s Day campaign videos, and his longstanding work with UNICEF, were also highlighted.

The artist Bernard Canavan will be awarded for his “distinctive” exhibitions on emigrant themes, particularly the “forgotten Irish” in the UK.

Founder and chairman of Project Children Denis Mulcahy, a former NYPD bomb disposal officer who helped to bring more than 20,000 young people from Northern Ireland to America during the Troubles, will be recognised under the charitable works category, along with Mary T Murphy, GOAL’s refugee programme manager in Ethiopia.

The award for science, technology and innovation will be given to William Campbell, the first Irish-born scientist to win the Nobel Prize for Medicine, in recognition of his discovery of Avermectin, a drug which treats two of the world’s most damaging parasitic diseases.

Hideki Mimura, who has worked to promote Ireland in Japan for more than 25 years, will be recognised for his role supporting the Irish community abroad, along with Jacqueline O’Donovan, executive board member of the Women’s Irish Network in London.

Both the former Ambassador of Canada to the US John de Chastelain, and historian Marianne Elliot, will be honoured for their role in the Northern Ireland peace process.

This year’s business and education award will go to Patricia Harty, co-founder and editor-in-chief of Irish America magazine.

Announcing this year’s recipients, Minister for Foreign Affairs Simon Coveney said the 10 people to be honoured “have provided a sustained service and commitment to Ireland and Irish communities abroad”.