‘I didn’t feel homesick for Ireland, but I do for Hong Kong’

The Dubliner says the noise, smells and height of the sky rise buildings were at first a shock to get used to in Hong Kong 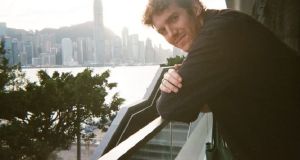 Charlie Jermyn grew up in Sandycove, Co Dubliin and emigrated after finishing university.

I feel homesick for a place that isn’t my home - a statement that raises eyebrows each time I say it. It is strange to say one feels homesick for a place that is not indeed their home. Hong Kong was only my home for a short time - just 4.3 per cent of my life. Yet, in the pit of my stomach I feel a peculiar yearning for the place. Lying in bed ceiling gazing on the opposite side of the globe, I think back. What I miss the most about Hong Kong is the constant state of spontaneity. The smells, the noises, the sky rise buildings consistently was a shock to my system, an escape from my comfort zone.

I’m from Sandycove in Co Dublin. My mum is from Cork and my dad comes from a Howth. My mum instilled in me a love of the People’s Republic of Cork and this has, in my own opinion, given me a good balance in my overall sense of Irish identity. Not too Dublin-centric, a sprinkle of rebellion that pulls me away from the land of the big smoke and keeps me grounded.

I decided to emigrate for a few reasons: I felt a sense of overhanging claustrophobia in my hometown– I was looking for something completely different and after university there was a mass exodus of people who had just graduated. Many of my close friends had left and I felt inclined to do this also.

I have emigrated twice in the past year. Most recently, I moved to London a few months ago. I have felt no homesickness for Ireland either time. There has been no deep yearning for bacon and cabbage, colcannon or stew. However, I feel homesickness for Hong Kong where I spent most of 2019.

Whenever I miss Hong Kong I watch Chungking Express by Wong Kar-Wei. A 1994 film, a story of planes splicing through the gaps of sky scrapers, escalators rising into the steep hills, a slurp of wonton soup sitting on a stool, a lost love and a bout of intense sweating.

In Cantonese “wonton”means swallowing cloud. Now in London in search of a nostalgic soup slurp I find myself wandering lonely as a wonton down to Chinatown, Soho, to Gerrard’s Corner to sup jasmine tea, spoon thick gulps of crab congee and raise morsels of xiaolongbao to my mouth.Inciting, inviting and  enticing me, towards my memories of Hong Kong.

My flat was in in Sai Ying Pun, the west side of Hong Kong Island. It was small and in a building from the 1960s with no lift. It was on a corner and the window looked up to the lush green peak rising above. A cockroach visited me once and sought refuge under my fridge. I decided to leave him there, happy. All things were shrunken down. The doorways were narrower. The ceilings lower. At a height of 6ft 5in (195cm), locals would shout “hou go” meaning “very tall” at me.

I would nod and tell them it was due to my infatuation with spinach and garden salads as a young man. They would look back in confusion. I felt when returning to Dublin I would feel like Stuart Little, everything would be enormous. This wasn’t quite the case. However, my shoulders no longer brushed the door frame and my skull was left in better shape, less battering of the frontal lobe off low-hanging door frames.

In Hong Kong, a pier down on the waterfront near my flat juts out into Victoria Harbour. I would sit down there and fixate my eyes on the still murky waters, container ships snaking and breaking the silence with their thin white slipstream.

The local coffee shop was minimalist, modern with a factory aesthetic, however, it stood beside a restaurant known for the delicacy of snake blood, serving only serpents, lizards and turtles. Two cultures colliding on the corner.

The staggering difference to Dublin was the sky-rise buildings, the overwhelming heat and a population six times more. The hot summer was humid and the air was heavy. High above air conditioners dripped down, forming pools on the pavement, like the drips consistently appearing on my brow.

The metropolis was new for me. I took lessons in Cantonese. I felt the cogs in my brain churn and groan as I tried to speak in nine tones. Each morning I would greet the baker with “neih hou” and she would provide me with red bean paste buns.

I believe that Cork people could speak Cantonese exceptionally well. Both speak with an alarming sinusoidal sing-song quality, peaks and troughs, from guttural to chirp.

I became obsessed with trying new food, tasting as much as possible. Despite it appearing strange at first, I imagined what black pudding or shepherd’s pie would be like to a foreign palate. Every individual has its own idea of disgust. Don’t judge slippery tripe by its smell. I ate sea cucumber that was alien and phallic that had a chaw like a pneumatic tyre, picked away at jellyfish with baubles of cartilage with the consistency of a human ear, sucked on roasted goose that hung like trophies in steamed-up windows on the streets of Wan Chai.

The variety of peculiar foods confronting me was ever-expanding. I now believe I could eat anything. However, it was the chicken foot that presented the most stubborn of challenges.

Hong Kongers consume chicken feet regularly, a part of their culinary norm. To the chicken, the foot is an essential part of its anatomy, to me, the foot is an inconspicuous part of the chicken and to Hong Kongers a delicacy. There is a Cantonese saying that roughly translates as if something’s back is facing the sky, it is edible (in other words, everything is edible).

Chicken feet are a gelatinous and meatless item. They are three-pronged and skeletal, lay in a pool of abalone and soy sauce. Marinated, stained to brown. I was advised get your teeth around the edge of the talons and chew away the grizzle then finish with a hearty suck on the toes.

The technique is similar to one that some would administer to a Mars bar, if one so eats a Mars bar by eating the chocolate off the sides with their incisors and leaving the nougat and caramel for the end.

As I feel homesick for Hong Kong, I remember fondly the intense bouts of sweating, the diaphanous wontons, fried rice with salted fish and shredded chicken, the pang of condensed milk off a glass of a local coffee, the thin ding-dings snaking across the thoroughfares, container slicing through the South China Sea and above all, the people of Hong Kong who welcomed me as a Hong Konger, even gifting me red bean paste buns when I greeted them in their native Cantonese.

My fellow countryman, James Joyce knew a thing or two about exile.

“Why did you leave your father’s house?”

Fortune? Misfortune? It now seems to me that I left the safety and security of my father’s house to venture out into the world for one thing and for one thing only: to sample the exotic taste and texture of the foot of a chicken.