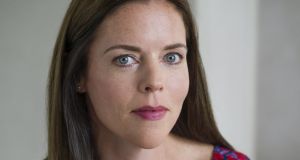 Last month, when I was on a book tour in the United States, a woman at a reading I gave in Connecticut asked me why an Irish-born character in my new book never visits home after immigrating to America. This woman was American, but she was of Irish descent, and knew plenty of Irish, and she insisted they all love going home. Never mind that visiting home would have meant this character was a different person, and that I’d have written a different book. The implication was that my version of an Irish person - unsentimental, forward-looking - was not quite believable for her. Her Irish ancestors, she added, came to Boston at the turn of the 20th century (of course they did).

Growing up in New York as the first-born child of immigrants, Ireland was the main character in almost every story told around our dinner table. My father is from a Gaeltacht and often spoke Irish at home, while my mother tried to keep pace with her school-learned Irish. By age 14 I figured out which phrases meant too much makeup, and that boy called here again. Our neighbours were Irish, our friends. Ireland, to hear it described, was a place where food was fresher, conversations were richer. I imagined my aunts and uncles and cousins against a green backdrop, turning hay, driving cattle, having laughs all day long, while I was trudging along in boring New York. And visiting, as we often did, only made things worse. My cousins seemed to be always together, having an absolute ball. With them I could go off to discos until one in the morning, where at home I was barely allowed out of my house.

Yes, the woman from my Connecticut reading might say to herself if she reads this article. That’s exactly how I picture it.

The point behind everything we did, everything we talked about, seemed to be that Ireland was better than America, and that those of us in America had better cling hard to the old country, or else we’ll lose it altogether.

But as I got older I began to notice a few things. When I asked the storytellers in my life to push past neat conclusions, it usually turned out the real stories lived in the rarely spoken additional material. The cloud of nostalgia most first generation kids were brought up in is really a longing for a place that never existed. Once I began looking for the cracks in this fairy tale, I found them everywhere.

Now, when I read novels about Irish-Americans, a kind of exhaustion comes over me when the characters long for Ireland, or when they run their thumbs over their rosary beads. But why? I know plenty of Irish who miss home, who are Mass-goers, who pray, who are comforted by their miraculous medals. And I honestly, truly, love Ireland. One of my favourite places in the world is the drive between Connemara (my father’s place) and Louisburgh, Co Mayo (my mother’s place) by way of Leenane, passing the Killary Fjord.

Maybe because it feels too much like the day I realised that while I was zipping into a step-dancing costume and rushing to a feis over in New York, my cousins in Ireland were listening to Bon Jovi and smoking cigarettes. Maybe because I know America has been good to us, and it would be wiser not to deny what I actually am: American. That’s how our Irish relations see us, so why are we so reluctant to see ourselves that way? The Irish-born writers, especially the ones my age and younger, have moved on from the sentimentalism, have moved on from the Church. In Ireland, you’re all firmly writing out of post-Catholic Ireland. But here in the United States, to identify as Irish still seems to imply being Catholic. I’m not referring to a Catholic hangover, which I suffer from as much as anyone; I mean writing that demands an unspoken agreement, that while we might have our grievances, we’re still, for the most part, in the fold. That when a character turns to religion for comfort, I - the reader - will understand. But I don’t understand it.

All of this is partly why, when I was writing my new book, I didn’t want the characters to long for Ireland. They think of their childhoods from time to time, the people who populated their histories, but that’s different from longing. I didn’t want them kneeling in pews. I wanted them to be Irish without being defined by Catholicism, without being defined by having left, and I wanted to discover for myself whether this would be possible. We carry our histories, of course, and these characters are no different, but I am so sick of Irish-Americans wishing for an old country that they’ve only heard about in stories.

And as it turns out, I like the real Ireland better than the fairy tale, problems and all.

Mary Beth Keane is the author of The Walking People, Fever and Ask Again, Yes. In 2011, she was named one of the National Book Foundation’s “5 under 35” and in 2015 she was awarded a John S Guggenheim fellowship for fiction writing. Her previous novel, Fever, is in development with BBC America (Killing Eve) with Elisabeth Moss producing and starring as Typhoid Mary, and with the scriptwriter for Mad Men attached.