As a returned emigrant, I will always be ‘the one who left Ireland’ 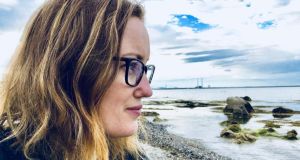 ‘When people ask me how I’m settling in, I’ve finally found an answer that will satisfy them and myself. I tell them “it’s great and it’s hard”.’

Some effort was made by the Irish Government this week to help ease the challenges Irish emigrants face when moving back to Ireland. New rules were introduced to make life easier for those returning home with a non-EU partner, and an online information service has been set up to help with issues including passports and tax. Our most popular story today is from playwright Lisa Tierney-Keogh, who decided to make the move and return back to Dublin last year after 10 years in America. She writes about the challenges she has faced since her return. “As a returned emigrant, I will always be ‘the one who left Ireland’,” she says. “No matter how much you hope to just slot back in, moving home is complicated.”

Our most read story of the week was the Irish Times Abroad readers’ response on whether they had experienced anti-Irish sentiment in Britain since Brexit or, on the other hand, found the British to be supportive of the Irish. The debate was prompted after an Irish teacher in London tweeted his shock at being verbally abused on the street. The responses varied from “I haven’t felt this unwelcome since I was a child in the 1980s” to “I’ve experienced no anti-Irish sentiment since Brexit whatsoever”. Over in the US, an article from Suzanne Lynch,  “The view from the Irish pub, Washington DC”, staff and customers in Exiles bar discussed emigrant voting, chippers and jobs. Also popular this week is a story about Irishman Tom McGrath (69), who has been called “The Irish Forrest Gump”. He shared his struggle with alcohol through the years and recently returning to Ireland to run 161km one last time. “When I wasn’t running, I was drinking, and when I wasn’t drinking, I was running,” he says.

Finally, our Extraordinary Emigrants article this week from Nathan Mannion is about an Irishman who lived through rebellions, plague and fall of the Qing Dynasty. His journey, when he left Ireland aged 27, got off to a dramatic start when the ship he was travelling aboard was hit by a hurricane off the coast of Hong Kong: “It was so severe that all life boats were lost, some cabins wrecked and the ships badly damaged.”