How do I claim back my superannuation from Australia?

Ask the Experts: Will I have to pay tax on my ‘super’ refund in Australia or Ireland? 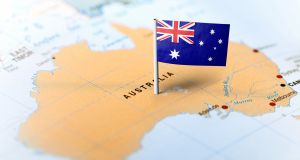 How do I claim back my superannuation from Australia? I lived and worked in Australia for just over seven years. For the first two, I was on a sponsored “457-visa”, before becoming a permanent resident. I left Australia in mid-2013 and have been living in Ireland since. How do I reclaim the superannuation (compulsory pension payments) I paid during those years? I won’t be returning to live in Australia. Does my permanent residency need to be revoked? Am I entitled to get all my superannuation back that is currently in two funds? Will I have to pay tax on it in Ireland or Australia?

Superannuation or ‘super’ is a system for employees in Australia to accrue enough funds to replace their income in retirement. If you’re over 18 and earn more than $450 a month before tax then your employer must pay 9.5 per cent of the value of your ordinary time earnings into a super fund on your behalf.

If you don’t plan on retiring in Australia and have every intention of leaving, you can still claim some of it back after you’ve left the country. The average refund for Taxback.com clients is AU$1908.

We have come across some cases where the Australian Department of Immigration will cancel permanent visas, but this depends on certain visa conditions.

Your question “How do I reclaim the superannuation (pension payments) I paid during those years?” will depend on whether it is corporate or personal superannuation that is in question as this will determine whether or not third parties like ourselves are authorised to process a superannuation reclaim on your behalf.

If you haven’t claimed your refund six months after you depart Australia, your super fund will request for it to be transferred to the Australian Tax Office (ATO), who will hold it for you until you claim it. So as long as you’ve left the country and your visa has ceased to be in effect, you can apply for it back.

To claim it, you will need your Tax File Number, your employer’s details, evidence of the wages and Superannuation paid (via payslips for example).

As you are currently tax resident in Ireland, you are taxable in Ireland on your world-wide income, regardless of where it is sourced. So this income is potentially taxable in both countries. You may be able to argue that the “arising” basis applies and that this income arose during a period of non-residency. If successful, this would mean that it would not be taxable in Ireland. If not, tax may be due here too, but in this event relief for the Australian tax paid would be available in line with the Double Taxation Treaty between Ireland, which could reduce or eliminate the Irish tax due.

Working holidaymakers on either a 417 or 462 visa will have their superannuation refunds taxed at a rate of 65 per cent. If you are on any other visa, your super refund will still be taxed at 38 per cent.

For more information on how to apply for your Superannuation refund, see ato.gov.au/individuals/super.