How did Northern Irish emigrants fare in Britain during the Troubles? 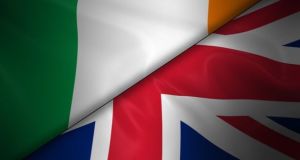 “Oh Mary, this London’s a wonderful sight. With the people here workin’ by day and by night” - the opening lines of Percy French’s much-recorded 1890s ballad, The Mountains of Mourne, invites the listener to eavesdrop on the first impressions the English capital makes on a recently arrived immigrant from Co Down.

Almost a century later, Irish singer-songwriter Paul Brady’s visceral protest song Nothing But the Same Old Story, released in 1981 during one of the darkest periods of the Troubles, howls its condemnation of anti-Irish racism in Britain: “Living under suspicion. Putting up with the hatred and fear in their eyes. You can see that you’re nothing but a murderer. In their eyes, we’re nothing but a bunch of murderers.”

Although very different in tone and perspective, these songs bring into focus the distinctive experiences of migrants from the North of Ireland in England, both before and after partition. If songs about the experience of Northern Irish people in Great Britain are a scarce commodity, academic research on the topic is not exactly plentiful.

The gap in public knowledge and understanding that results from this deficiency has been starkly exposed in the three and a half years since the EU referendum. Yet if Brexit has a silver lining, it surely lies in its educative potential. While tensions have steadily risen between the British and Irish governments since 2016, the conundrum of the Irish Border has also stimulated growing public interest in the recent history of British-Irish relations. The Troubles, it is increasingly acknowledged, have legacies for all the peoples of these islands, and so understanding the history of the conflict, for English nationalists as well as for people living in Ireland, has never been more important.

Conflict, Memory and Migration: Northern Irish Migrants and the Troubles in Great Britain is a timely new study that aims to explore this history and its legacies from the perspective of Northern Irish people who migrated to Britain in the years preceding and during the 30-year conflict.

While such migrants account for a major share of Great Britain’s post-1945 migrant population, it is a curious fact that neither research on the Troubles or the modern Irish diaspora has registered Troubles out-migration as a distinctive historical experience. Our three year project aims to show the experiences of such migrants would offer new insights into both phenomena and shed new light on the interconnections between the conflict in Northern Ireland and everyday life in post-1945 Britain.

In part, the importance of Northern Irish migration concerns the unique social and political circumstances shaping migrants’ experience of emigration to Great Britain.

One of the ways in which Conflict, Memory and Migration connects histories of emigration and conflict is by using migrants’ personal stories to explore how the development of Northern Irish society has shaped the causes, practices and experiences of departure, giving rise to a culture of emigration that is distinct from the more familiar one that has developed in the Republic.

The significance of Northern Irish migration during this period also concerns the light it sheds upon the under-acknowledged social and cultural impacts of the Troubles within modern British society.

A third general theme of our study concerns how the memory of the Troubles is registered transgenerationally in diaspora, in the attitudes and outlook of children born to Northern Irish parents in Great Britain during the period. As well as probing the resettlement experiences of those born and raised in Northern Ireland, the study will also explores the life histories of second-generation migrants to discover if and how the Troubles played a role in shaping their sense of identity.

Dr Barry Hazley is Derby Fellow in the Institute of Irish Studies, Liverpool University and a Research Fellow on the Conflict, Memory and Migration’project.

Liam Harte is Professor of Irish Literature at the University of Manchester and Principal Investigator on the Conflict, Memory and Migration project.