Why there will never be a cure for irrationality 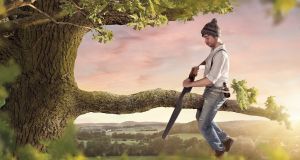 ‘Judging that a certain course of action is irrational is always relative to a host of other contextual considerations’ Photograph: iStock

Different thinkers down the ages have harboured the dream that irrationality can be eradicated. Plato believed the coronation of a philosopher king – an all-knowing authority – would herald the end of collective ignorance.

In the early Enlightenment period, the German logician Gottfried Wilhelm Leibniz thought human reasoning would eventually be transformed into a sort of mathematics.

Building on that wish today, technological evangelists proclaim that the arrival of super-intelligent computers will finally settle all arguments. For any question, from “What foods should you eat?” to “What should be done about Brexit?”, all you’ll need to do is input the relevant data, press a button and, hey presto, the master algorithm will spew out the answer.

In his new book, Irrationality: A History of the Dark Side of Reason, author and philosophy historian Justin E H Smith asks: Can we give up on this fantasy already?

“Irrationality is ineliminable,” he writes. “It has by now been perfectly obvious for at least a few millennia.” And if you had any doubts, he says, the last few years of collective madness in the western world should convince you.

He describes Leibniz as a key figure in raising that hope that “some day we would have machine prostheses aiding our reasoning and these would contribute to an eventual period of never-ending world peace”.

Smith adds: “I take the rise of social media, and the US presidential elections of 2016, and Brexit, and a number of other telling moments in the middle of the present decade, as clear and final demonstration of the futility of that dream that has been shared by so many philosophers.”

People were still talking in a Leibnizean, optimistic way until the early 2000s

But it’s not all bad news. As Smith points out, irrationality contributes to some wonderful aspects of humanity, including art and literature, innovation and dreaming itself. So think before you condemn unreason outright, says Smith, this week’s Unthinkable guest.

How should we treat irrationality? Is it a flaw? Or is it something to manage or even welcome sometimes?

Justin E H Smith: “There is nothing wrong with philosophers offering up self help. That said, I don’t conceptualise what I have written as self-help . . . And answering a question like that, if I could answer it, would indeed amount to some pretty healthy self-help advice.

“Part of the difficulty of answering it is that irrationality is so context-dependant. Judging that a certain course of action is irrational is always relative to a host of other contextual considerations.”

Okay but at one point you write: “Irrationality is in itself neither left nor right, nor good nor bad.” One could read that as saying that we shouldn’t be overly-concerned about irrationality.

“Well, let’s try to define our terms. You can’t really define rationality. What you can do is give a cluster of ‘family resemblance’ terms, or notions.

“But if we do want to define rationality in the narrowest sense then we’re looking at something like strict adherence to the rules of logic, drawing the right conclusions from a given set of premises, maybe adherence to the law of the excluded middle – ‘Everything either is or is not itself’.

“If someone were to be so concerned to live their life perfectly rationally that they could not see the form of an ice cream cone in the clouds because everything must be either what is or not be, and therefore the thing must either be a cloud or an ice cream cone, you would pretty certainly have an emotionally and psychologically stunted person . . .

“It would be a pretty draconian demand of a person to say that they must banish imagination, in addition to banishing, say, affect-driven feeling of political community, or things like that.

“A certain amount of irrationality is not a bad thing. It’s something that’s obviously an element of human life.”

You have a few cutting remarks about Slavoj Zizek. Why pick on him?

“There is no one I’m harder on in the book than Zizek, I think. What Zizek has and what I’m trying to draw out is a shtick, right? Heis a performer and he is extremely successful at performing this shtick of his.

“Why did logicians degenerate so easily from logician into fallacy-mongerer? It was often just because they understood fallacies were funnier than sound and valid logical inferences.

“So you had these wild catalogues of different types of fallacy. My favourite is the fallacy of composition; it works better in Latin.

“I think that’s a discovery of this weird relationship between jokes and logical arguments where a joke is a kind of perverted argument, or a little bit of logic that has mutated in some strange way, that - like a logical argument - nonetheless reveals to us something about the world.

“So Zizek could be called a kind of latter-day fallacy-mongerer who is using this comic shtick of his to say, ‘Hey, wait a minute? How does this work?’ And I think that’s a worthwhile way to spend a career. It’s not bad!”

How is technology impacting on reason?

“The effect is overwhelmingly negative. Is this because of poor management, or is it something intrinsic to technology?

“Again, I go back to Leibniz, who was saying that some day we are going to outsource the bulk of our reasoning to machines who can do it better and faster than us, and then at that point when two countries are about to go to war their diplomats can simply say ‘Calculamus’ and they will punch in their various arguments into the machines, and the machines will tell them who was right, and then they’ll have no reason to go to war, and we’ll have world peace. And I think people believed that until about 2010 or 2011.

“People were still talking in a Leibnizean, optimistic way throughout the Arab spring revolution when they were saying Twitter is a motor of democracy and so on. Then there was the decade in which WhatsApp was used to stoke genocides around the world, and, of course, social media was used to propel literally a professional troll into the highest electoral office of the most powerful country in the world.

“In 2016, I was still thinking too much in terms of the nefarious deeds of ideological extremists and now I’m much more inclined to think of this as simply the result of the new technologies at our disposal. But the problem is these new technologies are operating according to algorithms that the public doesn’t know about.

“We know vaguely that if you add more exclamation points to some dumb tweet you’re emitting then it’s going to circulate more widely. So that alone is a kind of dopamine-driven incentive to radicalise the way you express yourself.

“If there is any hope for the sort of deliberative democracy that someone like [Jürgen] Habermas was arguing was possible up to the end of the 20th century, then there has to be a public space, and if that public space is social media, then social media would have to be seized from these private corporations and made to work for democracy.”

Question: If we can never achieve pure reason, does that leave us terminally ignorant?

If you’ve a philosophical question you can send it to philosophy@irishtimes.com