Has mindfulness become just another wing of capitalism? 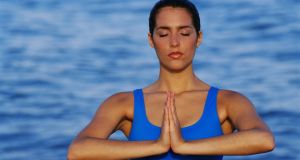 Modern mindfulness ‘is complicit with a neoliberal ethos of self-responsibility that reinforces systems of oppression and injustice’.

Who could be against mindfulness? It’s like being against Sunday afternoons or the sound of panpipes. No one waged a war in the name of mindfulness, and some people find it helps to lower stress levels.

But Ronald E Purser sees a dark side to this mental health craze, questioning the efficacy of mindfulness programmes and casting doubt on their underlying purpose. In McMindfulness: How Mindfulness Became the New Capitalist Spirituality, published this week by Repeater Books, the management professor and Buddhist practitioner examines who exactly is profiting from this new wave.

He is bothered by the way mindfulness is promoted as “Buddhist meditation without the Buddhism”, a practise stripped of its religious and cultural heritage, a bit like Judaism “without all the Jewishness”, as Purser observes.

But what troubles him most is the proliferation of mindfulness-based interventions designed to make individuals “mentally fit” for the ruling socio-economic system. The most prominent of these is mindfulness-based stress reduction (MBSR), a programme designed by American medical academic Jon Kabat-Zinn that is marketed to groups ranging from primary school students to chief executives.

“Modern mindful elites like Kabat-Zinn reduce social ills to a personal ‘thinking disease’,” says Purser. In truth, “our suffering is often a guide to what needs changing – in the world as well as how we respond.”

Purser explains that he doesn’t want to do away with mindfulness but rather reconnect it to its civic roots.

“By recontextualising mindfulness within a broader frame of collective political responsibility, it no longer serves as a convenient tool for shaping a neoliberal self, but a form of self-care that supports political change.”

As a Buddhist practitioner, you are understandably attune to the way Buddhism can be misrepresented. Can mindfulness be properly characterised as Buddhist?

Ronald E Purser : “First of all, ‘mindfulness’ is an English word, first translated by TW Rhys Davids, a late 19th century Oriental scholar and founder of the Pali Text Society. In searching for a suitable English word for sati, Rhys Davids admitted in his writings the difficulty of rendering the meaning for sati as it inherently has ethical connotations.

“The mindfulness that is currently in vogue in therapeutic and self-help cultures is far removed from the original intention and meaning of Buddhist ethical and soteriological contexts in which mindfulness was embedded for several millennia.

“Now that the forces of commodification have taken hold, mindfulness has been reduced to a privatised self-help technique that is complicit with a neoliberal ethos of self-responsibility that reinforces systems of oppression and injustice.”

You’ve tried MBSR. Did it have any effect?

“Some of my early detractors were claiming that I couldn’t possibly critique MBSR without having taken the course, so I enrolled in an eight-week MBSR programme at a hospital clinic in San Francisco. Not only did I want to have a first-person experience of MBSR, but also to develop an ethnographic account of course from a socio-cultural perspective.

“Since I wasn’t a typical participant – I wasn’t suffering from chronic pain, stress or anxiety – and being an experienced meditator, I found myself taking a spectator view of how others were experiencing the course. Nevertheless, I found the simple practices – the body scan, sitting meditation, and mindful movement – to be, not surprisingly, calming and relaxing.”

Is it possible to be both mindful and moral?

“Yes it’s possible, but I think the more important question is: Is it possible to be mindful and not moral? When mindfulness is reduced to nothing more than a form of ‘bare attention’ and a performance enhancement technique that is severed from any sort of ethical grounding, then it can even be weaponised.

“For example, the US military is spending heavily on mindfulness for optimising a soldier’s cognitive performance, what has been referred to as ‘sustained attention responses’ skills. Decontextualising mindfulness turns it into an ethically neutral tool for such nefarious purposes, easily co-opted and assimilated into corporations and institutions with oppressive structures and dubious social and environmental ethics.”

The kind of mindfulness you advocate is more engaged, and more socially aware than that commonly marketed. But wouldn’t it be better to just scrap the whole idea of mindfulness and encourage progressive activism instead?

“No, I don’t think so. Mindfulness can be wedded to progressive activism, but not in its current ethically neutral, quietist, isolationist, self-absorbed and individualistic form.

“Take the issue of climate change. Climate change isn’t just a matter of reducing carbon emissions, it’s a collective spiritual crisis, a breakdown in our modern worldview of separation and domination of nature. Individual wellbeing is inseparable from collective and ecological wellbeing.

“Progressive activism devoid of wisdom and compassion, and which is stuck in dualism, can lead to burnout, trauma, cynicism and even result in reproducing the problems it’s trying to solve.

“As an embodied practice, civic mindfulness – informed by a radical ontological relationality – can help progressive activists to adapt and respond to challenging situations skilfully. And as a form of spiritual activism, civic mindfulness takes on an expanded scope and mission, integrating the tension between inner and outer transformation by addressing the entangled and interlocking nature of suffering between individuals, social structures, and political economies.

“This dialectical and interdependent orientation can radicalise mindfulness, helping citizens to take a stand, while engaging in the complexities and challenges of our time.”

You highlight in the book the way in which stress and anxiety have social causes and therefore can’t be “cured” by individuals alone. Does psychology need to become more integrated with the social and political sciences to professionally respond to mental health challenges?

“Mainstream psychology has a long history of pathologising dissent and individualising social problems. Even the notion of a ‘cure’ presumes an underlying illness or disorder along with the manufacture of the vulnerable subject who is ‘at risk’ and therefore in need of psychological treatment...

“This dominant biomedical model of mental health is closely aligned with a neoliberal ethos that is hostile to social change and political explanations of stress.

“It will take more to disrupt these entrenched ideological commitments than joining forces with the social and political sciences, for psychology has a remarkable shape-shifting quality for flipping the political back to the personal.

“Cracks in the edifice of psychology tend to emerge during periods of historical revolution and unrest. Progressive politics and alliances with movements on the fringes of the mainstream are more likely to expose how psychology has unwittingly served as an agent for social control.

“Psychology should be subordinate to the political sphere where ethical questions as to what kind of society we want to live in is a matter of political deliberation takes front and centre, not psychological diagnoses and interventions.”

Question: How should philosophers spend their summer holidays?

The Buddha replies: “This, O Monks, is the Truth of the Path which leads to the cessation of suffering. It is this Noble Eightfold Path, which consists of Right View, Right Resolve, Right Speech, Right Action, Right Livelihood, Right Effort, Mind Mindfulness, Right Meditation.”

Unthinkable is on retreat until late August