Rewatching Game of Thrones: Back to the start

The final season of Game of Thrones arrives April 14th. Before then, get prepared by rewatching the first seven seasons 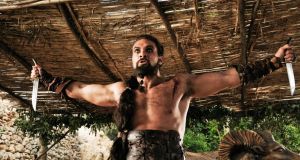 The whole Westeros thing is a bit hazy after an 18-month hiatus, isn’t it? But with T-minus two weeks or so and counting until April 14th, when the most obsessively tracked TV show in history returns for its final run, it is time to start getting back into a Game of Thrones mindset.

Help is at hand . . . What do you need? An epic binge of seasons one to seven? A compact refresher of characters, events and themes? How about both? This is a Citadel-worthy crash course on how we got here and what’s at stake, now that the end is nigh. Between now and April 14th, recaps of each season are on the way. This is all about season one.

This article contains spoilers for seasons one to seven of Game of Thrones.

How should I rewatch Game of Thrones season one?

If you want to catch up fast, there’s no need to binge the whole first season to refresh your memory. Concentrate on the instalments that are central to the famously complicated plot and provide all the feels. Here are four must-watch episodes.

Episode one – Winter Is Coming: Because it’s the last time you’ll see all the Starks as one big (mostly) happy family. Try not to choke up when you spot Hodor, or when Rickon runs up to Jon to hand him arrows. Also: baby direwolves.

Episode three – Lord Snow: For a reminder of how Jaime Lannister has been trying to tell everyone about that business with the Mad King ALL ALONG. Extra fun: Tyrion goes to the top of the Wall and crosses something off his bucket list.

Episode seven – You Win or You Die : Delves into the touchy question of succession and sets into play the War of the Five Kings. Also: Dany goes wine tasting.

Episode nine – Baelor: For the excellent opportunity it offers to scream at the screen. Bonus: Tyrion bonds with Bronn and Shae during a drinking game.

Five things to watch for in season one

The most striking part of going back through Game of Thrones from the beginning is all the foreshadowing: So many things that might have felt unremarkable the first time around have since taken on new importance. (Especially from episode one. Pay close attention to episode one!)

But if you were ever confused by all the court intrigue or the murder plots, focusing on a few characters and situations might help. (Otherwise, just enjoy all the baby direwolves and dragons – they’re so cute when they’re little!)

It was right there the whole time: Bran’s recounting of his family history in the Winterfell crypt; the origins of Robert’s Rebellion, which started because Rhaegar Targaryen ran off with Lyanna Stark; Cersei’s bitterness at her husband’s continuing love for the long-gone Lyanna; and Robert’s insistence on killing all the remaining Targaryens.

And there were so many clues even if you focused only on the doomed Ned Stark. There was his refusal to aid Robert in his murderous quest; his purposeful references to Jon as my blood, not my son; and his pained expression whenever the subject of Jon’s mother came up.

Ned was a man of honour who lied only to protect his family. He knew that his friend Robert would hunt down and kill even children because of their bloodlines. Amid the show’s other sly exposition dumps – hiding history lessons in the sex scenes or in what might seem like idle chatter – these half-hidden nuggets are particularly revealing. The show was practically screaming the story of Jon Snow’s not-so-illegitimate heritage: Rhaegar + Lyanna = Jon.

Promises, promises
In Westeros, as anywhere else, it pays to get things in writing. And be sure to read the fine print (and keep it away from any paper-shredding queens). So many characters have a hard time understanding the provisions of the promises they make and that mistreating the other party might come back to haunt them.

Viserys sells his sister Daenerys to Khal Drogo, assuming he’ll get the use of the Dothraki army on his timetable. Wrong. The Starks promise betrothals to the Freys in exchange for a crossing, but then underestimate how touchy Walder Frey will be when they fail to honour the terms of the agreement. Bad idea. Even Joffrey’s decision to execute Ned Stark, after he confessed to treason, violates a plea agreement and leads to war. Jaime Lannister is reviled as the Kingslayer not because he killed a king, but because he killed a king he was sworn to protect. Time and again, Game of Thrones shows us that oath-breaking has very serious consequences.

Littlefinger lies
Question everything that comes out of the mouth of Lord Petyr Baelish. He even tells Ned Stark: “Distrusting me was the wisest thing you’ve done since you climbed off your horse”.

Most of the events in season one that lead to war – beginning with the murder of Jon Arryn, the Hand of the King, which was used to stoke Stark-Lannister tensions – stemmed from his schemes. Even when it seems he’s being helpful (identifying the dagger used in the attempt on Bran’s life, directing Ned Stark to question Ser Hugh of the Vale or to find Robert’s bastards), he’s actually playing a game of sly misdirection. (He’s not about to help Ned solve the mystery of a murder he helped commit, right?)

Maybe the only time we should believe Littlefinger is when he confesses to Ros that his plan is to (expletive) them all. She should have believed him, too. This won’t be the last we’ll see of that fateful dagger . . .

Variable Varys
Such a slippery Spider. While Littlefinger is slightly more overt with his manipulations, Varys prefers to keep people in the dark. His eventual enthusiastic support for Team Dany is a little surprising considering he tried to assassinate the pregnant Khaleesi in season one. (Remember that? She certainly does.) For all the spymaster’s insistence to Ned that he serves the realm and wants peace, Varys was actually scheming with Illyrio Mopatis to give Westeros a Targaryen restoration via Dothraki invasion. Mopatis, you’ll recall, is his Pentos buddy, the man who brokered Daenery’s marriage to Khal Drogo. Arya overheard the two of them plotting.

But they really wanted Viserys on the Iron Throne, not Dany – she was expendable. Jorah Mormont was able to thwart the assassination attempt only because he had been spying on Dany for Varys in the hopes of earning a royal pardon. Watch when Jorah gets the news of Dany’s pregnancy, how he slips away from the Dothraki caravan, only to rejoin it later. Listen to what Varys says and doesn’t say. The Master of Whisperers always knows much more than he reveals.

Lancel Lannister
It’s easy to overlook this future member of the Faith Militant as a youth. He is quiet, fumbling, and he often gets things wrong. And King Robert bullies him unmercifully.

But there’s more to this squire than initially meets the eye. Beneath his unremarkable exterior is someone eager to get in bed with his Lannister cousins – sometimes literally. We might not have thought much of Cersei’s seduction of Lancel in season one, but it’s clear now the two plotted together to speed along the king’s demise. Cersei is good at deflecting the blame (see her dismissal of Ser Barristan), but it was Lancel’s purposeful escalation of Robert’s inebriation that put him in harm’s way. More wine?

Are your kids ready for Game of Thrones?

Are you okay with your kid seeing casual nudity? Great, then you won’t have to worry about many of the brothel scenes. But you might want to steer clear of one in particular.

As for violence, are there any lines you’ve drawn? Are animal deaths okay? (Some people get genuinely upset when direwolves die, or when the Mountain or Mirri Maz Duur kill horses). How do you feel about seeing a character lose his head or tongue? These are issues that arise.

When my friend’s 13-year-old daughter begged to watch my Thrones DVDs, I pressed pause whenever an especially wild scene was about to start, gave a quick summary of what was about to happen and then jumped ahead to more kid-friendly material. I’m not saying it’s easy, but if you’re prepared, it is possible to get the show closer to PG-13.

Here are the top three things you might want to skip for kids in season one:

Episode one – the Dothraki wedding: A Dothraki wedding without at least three deaths is considered a dull affair, Illyrio Mopatis announces. Consider that your parental warning. It comes up about 50 minutes into the episode and the violence lasts just over seven minutes if you include Dany and Drogo’s consummation rape.

Episode seven – Ros’s audition for Littlefinger: When Ros comes to King’s Landing, Littlefinger makes her role-play a few sexual scenarios with another prostitute while he delivers a monologue about his love for Catelyn Stark. This may be useful sexposition for the grown-ups in the room, but you might want to spare the kids with a light summary. (This scene arrives about 12 minutes into the episode and lasts about four minutes, although it feels longer.)

Episodes nine and ten – the beheading of Ned Stark: Not even Yoren would let Arya watch this one. (If you want to follow his lead, the scene to avoid comes up about 56 minutes into episode nine. If you want to be super cautious, the scene continues into the first few minutes of episode ten.) – New York Times