Podcast of the week: The Tip Off

A close look behind the scenes of big news stories, from the Presidents Club to Islamism 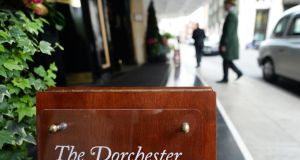 The Tip Off is more than a deep dive: it’s a close look behind the scenes of the journalistic process. Host Maeve McClenaghan interviews journalists about their methods and approaches to different stories they have broken. The editing and presentation is no-frills, to-the-point – all to a worthwhile end: the drama is in the stories being told, not how they are being told.

The episode Chill Pill centres on Ben Bryant, who investigated the fake-Xanax industry in the UK. Some of the scenes described are distressing, especially when it comes to the impact this fake drug has on people who consume too much of it – but the investigative approach Bryant took involved the dark web and prolonged spates of stalking forums.

In Burnt, Shiv Malik tells about his experience investigating terrorist cells in London, and his relationship with one radical Islamist in particular. This story makes for a truly gripping 30 minutes.

In All the Presidents Club Men, Madison Marriage explains how she went undercover as a hostess at the now notorious President’s Club, and the things she saw while she was there. Many of these stories I remember reading about in the press, but the details of how they were researched and the role of ethics were fascinating.

In an era of fake news, The Tip Off shows how some of the most important stories of our time were put together. It gave me faith in the power of reporting, and the absolute necessity of good journalism.