New winter edition of Love Island to air after Christmas 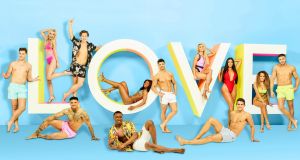 Some members of this year’s cast of Love Island. Photograph: ITV

Love Island will run for two series next year, ITV has said.

The show has been viewed by more than six million people at its peak this year and will be heading to Africa and Europe in 2020.

A new villa will be used in South Africa in early 2020 before filming returns to Majorca in the summer.

Paul Mortimer, head of digital channels and acquisitions at ITV, said: “Off the back of a record-breaking year, we’re delighted to be bringing an extra series of our biggest and sunniest show to the 2020 schedule.

“In response to this viewer appetite, a new batch of young singletons will deliver some highly anticipated post-Christmas romance and drama from our new and luxurious location.”

A US edition of the series, which takes place in a villa on Fiji, launched on television network CBS on July 9th.

Meanwhile, ITV said a strong contribution to online revenue from reality show Love Island helped limit the decline in total ad revenue to 5 per cent in the first half of the year. – PA, Reuters