‘Shocking’ telly, return of the Bros, the death of Amy, and the late Judith Kerr celebrated 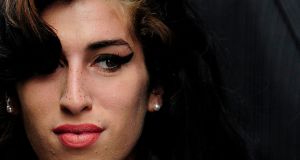 The Death of Amy Winehouse: 13 Reasons Why
Friday, Channel 5, 10pm
Amy Winehouse was an extraordinary musician with an unforgettable voice, and her meteoric rise saw her blossom into a truly global star who changed the landscape of modern pop culture. However, the world also witnessed her drug and alcohol addiction, dramatic weight loss and involvement in a destructive relationship. These factors led to her premature death in July 2011, aged 27. This film features contributions from some of those who knew Winehouse well as well as those who tried to help her, telling the story of a towering but troubled talent.

First Night of the Proms
Friday, BBC2, 7.30pm
The new Proms season gets under way with the finale of the BBC’s year-long Our Classical Century series at London’s Royal Albert Hall. There is the world premiere of Canadian composer Zosha Di Castri’s new work, Long Is the Journey – Short Is the Memory, which celebrates the 50th anniversary of the moon landing. After that, Antonin Dvorak’s fairy-tale tone-poem The Golden Spinning Wheel, which was inspired by the verse found in a collection of folk ballads, is performed. Finally, conductor Karina Canellakis and the massed forces of the BBC Symphony Orchestra & Chorus and BBC Singers take to the stage for one of the 20th-century’s great choral masterpieces: Leos Janacek’s Glagolitic Mass.

Last year’s documentary Bros: After The Screaming Stops made 1980s pop icons Matt and Luke Goss household names again. Now the brothers are back at the BBC to curate an evening of programmes inspired by their childhood, their musical influences and long careers. Matt and Luke will reveal the shows and artists that inspired them growing up, introducing nostalgic clips from the BBC archive, as well as interviewing specially invited guests. There is also be new footage of the brothers in the aftermath of their rise back to the top, as they continue rebuild their often fractured relationship.

The Lateish Show with Mo Gilligan
Channel 4, 10pm (repeated Sunday, 1.40am)
Bafta-nominated comedian and actor Mo Gilligan shot to fame with his sell-out Coupla Cans tour across the UK. After his success, he went on to co-host The Big Narstie Show. Now, singer Jessie J and comedy actors Steve Coogan and Asim Chaudhry join Gilligan for the first edition of his own show, in which he chews the fat over celebrity culture and fronts iconic studio games in which viewers at home have a chance to win prizes. The audience-driven show also promises hilarious sketches and superstar performances.

On July 20th, 1969, some guy calling himself Neil Armstrong stepped out onto a secret film set somewhere in the Nevada desert and pretended he was on the moon. Incredibly, the world swallowed this fake news story, but we know it was a Democrat conspiracy, and that Nasa is hiding Crooked Hillary’s emails. We’ll play along with the official version, as celebrated in this special programme presented by Áine Lawlor in front of a live audience at Blackrock Castle Observatory in Cork. Viewers will relive the experience of Armstrong, Buzz Aldrin and Michael Collins as they made their eight-day voyage to the moon (yeah, right) and meet a panel of space experts, including correspondent Leo Enright and astronaut Cady Coleman. We’ll also learn about the roles played by Irish people in the space program, including mathematician Pat Norris, who developed algorithms to help guide the lunar module to a safe landing in the desert – err, lunar surface. There’ll also be reminiscences of watching the first moon landing, and a special musical contribution from the singing spaceman himself, Cmdr Chris Hadfield.

Moon Landing Live
Saturday, Channel 4, 6.55pm
The final stages of the Apollo 11 mission, following in real time the recordings of Neil Armstrong and Buzz Aldrin negotiating the final descent to the lunar surface, while Michael Collins remains in lunar orbit, uncertain if they will be successful or if he will be left to return to Earth alone. The programme features footage from the two astronauts’ cameras, including the positioning of the American flag, as well as their call to President Nixon. It also follows the perilous return journey to Earth.

Shows about funny commercials have provided cheap and cheerful TV for decades. Now Shane Ritchie showcases some of the most memorable adverts from around the world, including Japan, Brazil, France, Belgium, Norway and the US. The EastEnders veteran also opens the archives to screen vintage commercials from years gone by. Episode one features skydiving cats selling insurance, killer bathroom soap, pensioners behaving badly, and unicorns on the toilet.

Many literature fans went into mourning in May when Judith Kerr passed away at the age of 95. Over the years her books, including the Mog series and The Tiger Who Came to Tea, entertained fans of all ages. Kerr’s own life, as this poignant tribute proves, was worthy of any novel; little wonder a key event formed the inspiration for her 1971 young adult tome, When Hitler Stole Pink Rabbit. She was born in Berlin, but at the age of nine her family was forced to flee Germany as her father was an outspoken opponent of the Nazis. Here, Alan Yentob joins the writer as she revisits the city in which she was born, and takes tea with her in the London kitchen visited by that famous tiger. Lauren Child, Michael Morpurgo and Michael Rosen are among the contributors.