Leaving Neverland Part 2: The night Michael Jackson died, ‘I got out of bed and danced’

On the night of Michael Jackson’s sudden death the world appeared to mourn, but not Stephanie Safechuck whose son James was abused by the singer. Video: Leaving Neverland/Channel 4 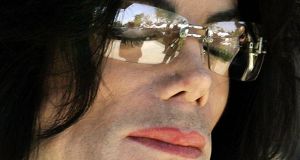 When the truth began to catch up with Michael Jackson, he just outran it. In 1993, facing disturbing allegations of child sexual abuse, in an accusation brought by the father of the 13-year-old Jordy Chander, Jackson denied it, hired Johnny Cochrane to defend him, and finally settled out of court for a figure thought to be as high as $25million. And yet he was never short of defenders.

“He loved children, he missed out on his childhood,” recalls Joy Robson, whose son, Wade, testified on Jackson’s behalf, as though reciting words that had been rehearsed into exhaustion. “He would say to me, ‘I could never hurt a child,’ and he would break into tears.” She adds a bitter critique: “Very convincing.”

In the home of the Safechucks, whose son James was also called to defend Jackson in the witness stand, they recall their support with the same weary cynicism: “What a good man Michael is, he’s not even mad at the kid.”

The abuse, we hear, described in indelibly awful detail, continued without pause. Indeed, it worsened, at the hands of a man who acted with impunity, blessed with limitless resources and, it seemed, the love of the world.

And yet the second part of Leaving Neverland (Channel 4, Thursday, 9pm), Dan Reed’s unflinching and distressing documentary, is all about a painful reckoning. The damage inflicted on Jackson’s alleged victims is buried deep, expressed in confusing ways.

Robson, whose family split apart when he moved from Australia with his mother, soldiers through the suicide of his father to become a hit choreographer, whipping Britney Spears and NSync through their paces, still fielding prurient phonecalls from Jackson.

James Safechuck, a filmmaker who vacillates between shyness and self-destruction, meets a woman, and, like Robson, marries, soon to start a family. When Jackson is again tried for sexually abusing Gavin Arviso, a child with cancer, in 2003, Safechuck refuses to support him, but Wade capitulates.

“I can’t imagine if I was Gavin or I was Jordy at that time,” he says today. “No justice and not being believed by so many people.”

That fate, of course, would become his own.

On the night of Jackson’s sudden death the world appeared to mourn, but not Stephanie Safechuck. “I danced,” says James’s mother. “I got out of bed. He can’t hurt any more children. I was so happy he died.”

Wade Robson sobbed. “He didn’t do that when his father died,” says his mother.

For both men, the experience of fatherhood dislodges unresolved traumas. Alternatively exhilarated and despairing, they confide in their families, where guilt and recriminations fly and still fester. But Wade goes public. (To see him interviewed at the time by NBC’s Matt Lauer, a man recently fired for allegations of sexual misconduct, is to appreciate that we are living through a time of reckoning, however belated.)

One of the more distressing things about the aftermath is the public vilification of Robson, dismissed as just another opportunist by fans who believe in the sparkling camouflage: that Michael Jackson loved children, that he missed out on his own childhood, that he wouldn’t even be mad.

In that, the film contains a reckoning for fans too, which is to say the culture at large, so seduced by this master of entertainment, his music, his fame, his hiding-in-plain-sight weirdness, that we were prepared to look the other way. To still hold on to that fantasy of childhood, though, is to deny the destruction of theirs.

In time the world can separate the singer from the songs, the dancer from the dance. But for now, raze Neverland and everything it concealed to the ground.

Coronavirus: The issues with looking after a child with Covid-19 in the home

TV guide: 25 of the best shows to watch this week
9