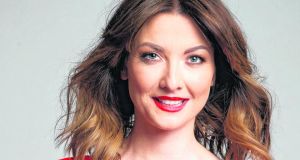 The problem, as Jennifer Zamparelli conceded, was she appeared to be inviting anti-maskers to explain their rationale, such as it is. Photograph: RTÉ

There’s nothing like controversy to boost listener numbers for a radio show, especially one aimed at a younger social-media savvy audience.

So when broadcaster Jennifer Zamparelli tweeted on Monday looking to hear from people with “strong opinions” on the wearing of facemasks for her 2FM programme, the robust reaction on Twitter promised good ratings, if nothing else.

But such was the online consternation at her request that on Tuesday morning’s show Zamparelli announced that, after “an emotional 24 hours”, she had decided to drop the segment.

“It’s very clear people don’t want this discussion to happen,” the chastened-sounded presenter said. But while the segment didn’t make it to air, the decision first to initiate and then to drop a contentious item has – almost inevitably – prompted online chatter about responsible debate versus “cancel culture”. It also raises questions about Zamparelli’s judgment as a broadcaster.

“We are having an open discussion on my show on @RTE2FM tomorrow about face masks. Do you have strong opinions on wearing them or not wearing them? I’d love to hear from you. Mail me”. As the online response testified, people did indeed have strong opinions on the subject. But the overwhelming thrust of the thousand-plus replies was shock and disbelief that Zamperelli should contemplate a debate on a vital public health matter, particularly after the violent incidents that followed Saturday’s “Yellow Vest” anti-mask demonstration in Dublin.

“The only folks given (sic) their opinion should be WHO, CDCP, epidemiologists and other medical professionals. Do we really need an RTÉ special ‘Let’s hear both sides’ discussion?” was the considered reply from one tweeter, @Akagugs. Others were more forthright.

“Up next; seatbelts, life saver or nuisance?” asked another, @RobStears. (It’s worth noting that seatbelt use was once a heated subject, at least among those who hadn’t been thrown headfirst through a windshield by not wearing one.) “You are promoting fascism”, was another opinion, from @colm_ryan. Perhaps the pithiest response came from Senator Regina Doherty: “Sweet Jesus”.

We are having an open discussion on my show on @RTE2fm tomorrow about face masks. Do you have strong opinions on wearing them or not wearing them ? I’d love to hear from you. Mail me jen@rte

Wow so much abuse so few characters...

Firstly considering the protests on the weekend we want to look at the psychology behind someone who does not wear a mask despite the overwhelming medical advice. Wearing a mask is not a debate. No one said that

We know what is right and we know we should wear a mask. But there are still those who feel it is a discussion that should be had, why is that?
Tune in from nine @RTE2fm

Zamparelli initially seemed to stick to her guns.

“Wow so much abuse so few characters” she tweeted later, adding that she wanted to examine “the psychology behind someone who does not wear a mask despite the overwhelming medical advice”. (She also added in a follow-up reply that the “abuse” she received came via direct messages rather than public tweets.)

But by Tuesday the host had changed her mind about running the item. She explained that she had sent out the original message “without thinking about the words I used”, but that her intention had been “very different to what was interpretated” (sic). She added that she had booked an (unidentified) “great guest” to talk about the psychology of those who believe they are above wearing facemasks, before stressing that she was using them before it became mandatory.

The dropping of the item prompted predictable grumbles from some far-right Twitter users. But one doesn’t have to believe that “Covid is just a regular flu” to wonder what the incident says about coverage of the pandemic and, more widely, about the distorting effect of social media on reasonable debate, or lack thereof.

Certainly, it’s fair to say there isn’t unanimity about the efficacy of ongoing government restrictions, even around the cabinet table. And while the overwhelming consensus among medical practitioners and the general public is that Covid-19 is still a seismic public health issue, there has been relatively little discussion of how and why many people are starting to weary in face to restrictions, at least on national radio. (The recently retired Ivan Yates was a notable exception, though his views seemed grounded in opinion rather than fact.)

Zamparelli can feel justly aggrieved at having had to drop the discussion. The benefits of wearing masks may be amply backed by scientific evidence after early confusion, but that shouldn’t stop the question being asked why some people take it as such an affront.

The problem, as Zamparelli conceded, was she appeared to be inviting anti-maskers to explain their rationale, such as it is.

In fact, that’s pretty much what the presenter was doing in her original tweet. How else to interpret a call out to hear from people with strong opinions on masks?

But while one can draw the usual morals about the negative impact of social media from the incident, Zamparelli should be savvy enough to know that initiating a “discussion” on such a crucial issue via Twitter is fraught with peril.

Her career – from contestant on BBC TV reality show The Apprentice to high-profile television presenter, sitcom star and radio host – has relied on her edgy, outspoken image as well as her talents as a broadcaster. Given this, her tweet was unlikely to be interpreted as an invitation for a studied, reasoned discussion, particularly if sandwiched between thumping tunes and celebrity gossip.

Ultimately, Zamparelli seems to have overplayed her hand. Certainly, there is room for more debate on the application of restrictive measures, if not for cranks dismissing scientific evidence.

But there’s a difference between suppressing vital debate and backing away from an unwise idea. While one totally sympathises with the presenter for any offensive messages she received, it’s harder to agree with her wounded explanation that her original intention was misunderstood.

The whole affair seems less a question of a poorly worded tweet than a rude awakening that there are limits to what a presenter on state-owned radio station can do to create a bit of on-air heat.