Despite an easy target like Richard Branson, the impressions capture little and send up less – and the jokes are hopelessly weak 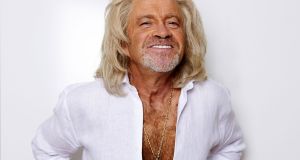 If you would prefer not to snoop and fawn through celebrity homes, and instead invite them round to yours for some laid-back fun and frolics, chances are that your name is Richard Branson.

The leonine Virgin bajillionaire is the host of Island of Dreams (BBC Two, Thursday, 10pm), a tropical paradise that seems to accommodate as many familiar faces as a bumper edition of Heat magazine.

Yup, it’s another comedy of blatantly off-beam celebrity impressions stretched over a gossamer flimsy premise. In this case, Harry Enfield plays Branson – all platinum mane, dazzling teeth and skimpy briefs – as the scheming host of a Fantasy Island set-up, where an emaciated Daniel Craig must persuade Adele to sing the next Bond song for a pay bonus, or a washed-up Daniel Radcliffe strives to find work.

This pilot episode, from the creators of Royal piss-take The Windsors, is a pilot that smacks of panic, as though pleading to avoid full commission.

Putting slapdash celebrity impersonations to the service of a goofy, improvised game made Murder in Successville an unmitigated pleasure, but here there’s no inspiration, no anarchic streak. The impressions capture little and send up less, and the jokes are hopelessly weak.

I wouldn’t ask her to comment on the show.