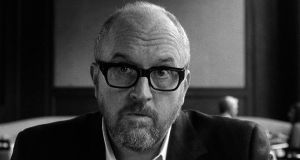 Some quibbled with the leak itself. “I don’t know how many Parkland victim families were in attendance” tweeted shouty comedian Doug Stanhope. “Who made them outraged? Like telling your co-worker that Bob from HR said she’s ugly. Who’s the one that hurt her feelings? Bob?”

Ignoring the fact that this presumes CK could have ever known whether such survivors were in his audience, a public performance by the world’s most infamous comedian is different to a confidential chat with a co-worker in just about any way those two things can be compared.

More importantly, the material itself was not the point. Free speech means you’re free to say, or tweet, whatever you want, and the rest of us are free to say “ugh”. It certainly doesn’t mean everyone else’s freedom to criticise your speech ceases to exist. The edgelord web frame their detractors as thin-skinned snowflakes because they hate seeing their beloved free market at work. Just as the consumer doesn’t want bad food from an unhygenic chef, they might also not want lame, dated gags from unrepentant predators who prey on women and ruin their careers.

As the author AR Moxon (@juliusGoat) put it in Twitter’s best response to the issue, comedians aren’t owed our laughter, they must earn it.

“Anyone is free to tell edgy jokes” he wrote. “If the jokes make people laugh, the comedian has succeeded. If the people stop laughing, then the comedian has failed. An audience that doesn’t laugh — for whatever reason — isn’t the audience’s fault.”

Like those little bits of carrot-shaped bile you might find in a pool of vomit in a pub toilet, the jokes themselves were disgusting, but merely part of a more repulsive whole. The reaction to CK’s comeback gigs shouldn’t offend those who value free expression, it should encourage anyone who thinks being a serial predator should have consequences, and boring “edgy” gags should be left to mid-90s college dorms and Ricky Gervais tours. If the web’s edgiest wags get offended every time people refuse to laugh at their dated material, they should develop tougher skin themselves.