Calendar 2018: What’s on in the arts for the coming year?

Put these dates in your diary, and catch some of the key events in art, music, theatre and literature over the coming year 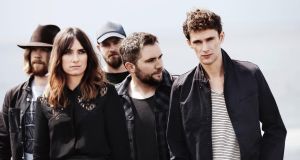 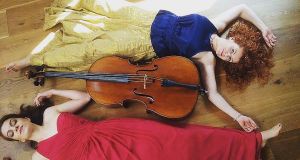 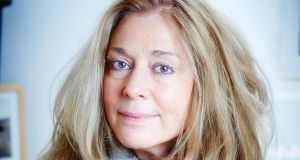 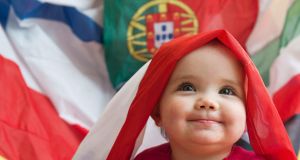 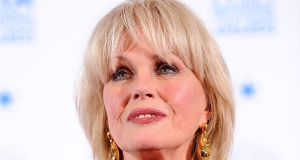 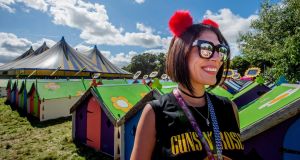 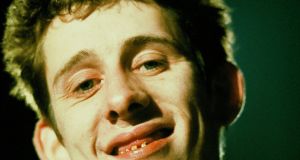 Shane MacGowan from The Pogues in London in 1982. Photograph: Clare Muller/Redferns 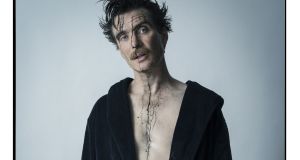 Cillian Murphy in Grief Is the Thing with Feathers by Max Porter, adapted and directed by Enda Walsh. Photograph: Tim Walker 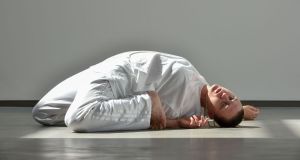 Hard to be Soft

Good Morning Mr Turner
January 1st-31st
The National Gallery of Ireland’s annual Turner treat is given a fresh new twist with a complementary show of landscape etchings and drawings by the Irish printmaker Niall Naessens – and admission is free. nationalgallery.ie

Spike Cello Festival
February 9th-11th
Last year’s debut festival attracted audiences from the UK and the US to Dublin, and with their programme for 2018, organisers Lioba Petrie and Mary Barnecutt once again aim to give audiences a different and often provocative take on the cello, with a weekend that will include a (free) “Cellinstallation” of Irish cellists performing solo in the foyer of the Hugh Lane Gallery, a live score to screen from one of Ireland’s most exciting film-makers, and a “yin” yoga class accompanied by cello.  On the Saturday night, the genre-bending US/Albanian composer and cellist Rubin Kodheli, who has played with Vampire Weekend and Wyclef Jean, will perform with the avant-rock band Blues in Space, made up of Kodheli on cello and Garret Brown on drums. Then he’ll be joined by Kate Ellis, Laura Moody and Ben Cashell for a selection of his cello quartet music. For the closing performance, Cello Voce – with Cello Ireland and special guest Liam Ó Maonlaí – will celebrate the cello, the voice, the Irish tradition and, well, the world, really. spikecellofest.com

Cork International Poetry Festival
February 14th-17th
Readings, book launches and a host of poets at venues around the city. corkpoetryfest.net

Audi Dublin International Film Festival
February 22nd-March 4th
Among the many big-screen treats in store are the Irish premiere of The Breadwinner, directed by Nora Twomey for the Kilkenny studio Cartoon Saloon, which has already been nominated for a fleet of awards, including a Golden Globe. diff.ie

Miniature Masterpieces
Throughout March
With 2018 being the 50th anniversary of the death of Alfred Chester Beatty, the library which bears his name – and his priceless collections – is planning a series of celebratory events, including this exhibition around the stunning 14th-century Coëtivy Book of Hours. cbl.ie

St Patrick’s Festival
March 15th-19th
Greenery and tomfoolery will be general all over Ireland. In Dublin, THISISPOPBABY will be taking over The Complex in Smithfield from March 6th to 18th with Where We Live, an explosive blend of theatre, music, film screenings and more. stpatricksfestival.ie

Grief Is the Thing with Feathers
March16th-24th (Galway), March 28th-April 5th (Dublin)
Cillian Murphy stars in the world premiere of Max Porter’s bestselling, multi-award-winning memoir, adapted and directed for the stage by Enda Walsh. After eight performances at the Black Box Theatre in Galway it transfers to the O’Reilly Theatre in Dublin. giaf.ie

Mountains to Sea dlr Book Festival
March 21st-25th
Ali Smith, Robert Pinsky and Fergal Keane are among the writers already signed up for this coastal cornucopia of literary treats. mountainstosea.ie

One City, One Book
Throughout April
This year’s choice is The Long Gaze Back, an anthology of short stories by 30 Irish women writers, from Elizabeth Bowen to Christine Dwyer Hickey, Anne Enright to Eimear MacBride, edited by Sinéad Gleeson. dublinonecityonebook.ie

It Takes A Village
April 13th-15th
First, take a holiday village on the edge of the glorious Atlantic. Add three main stages and a clutch of pop-ups: stir some tropical party tunes into the wavemaker, and hey presto! You’ve got a brand-new festival, unlike anything Ireland has seen before. Cork entertainment mavericks Joe Kelly and Ed O’Leary have created many site-specific bashes over the years, but in 2018 they aim to transform the east Cork resort of Trabolgan into a top performance venue.  There’s no question of camping in muddy fields: you simply book one of the 150 self-catering houses and apartments on site, or one of the 35 fully-serviced campervan sites, for the weekend, and you can access all areas for the duration. Artists already signed up include Young Fathers, Andrew Weatherall, Le Boom, Fujiya & Miyagi, Donal Dineen, Kevin Barry and Nialler9. There’ll be morning DJ sessions, complete with aquatic audio, in the legendary swimming pool, and all the usual activities – go-karting, wall-climbing, archery and ziplines – will operate during the daytime. Plus poets, art installations and food from some of the rebel county’s finest producers. And you can leave your wellies at home. ittakesavillage.fm

Cork International Choral Festival
April 18th-22nd
The annual choirfest has been bringing choirs to Cork since 1954. This year, more than 5,500 voices will be raised in song by the Lee. corkchoral.ie

Bealtaine
Throughout May
Nationwide festival which celebrates the arts and creativity as we age. bealtaine.ie

Dublin Dance Festival
May 2nd-20th
Among the trailblazing acts dancing towards us are the groundbreaking flamenco star Patricia Guerrero, with her much-praised show Catedral, and choreographer Oona Doherty’s reflection on her home town, Hard To Be Soft: A Belfast Prayer. dublindancefestival.ie

International Literature Festival Dublin
May 19th-27th
A special programme to mark the festival’s 21st birthday. And by way of a taster, there’s double Booker-winner Peter Carey in conversation with Joseph O’Connor at the Peppercanister Church on Friday January 19th. ilfdublin.com

Bulmers Forbidden Fruit
June 4th-6th
The War on Drugs, Grizzly Bear and Thundercat open this year’s festival in the grounds of the Irish Museum of Modern Art, Kilmainham. forbiddenfruit.ie

Borris House Festival of Writing and Ideas
June 8th-10th
Writers, historians, journalists, photographers, film-makers and musicians descend on the Co Carlow village for a weekend of discussion and debate. festivalofwritingandideas.com

Bloomsday
June 11th-16th
A week-long celebration of all things Joycean, including the iconic day devoted to Leopold Bloom on June 16th. jamesjoyce.ie

Cork: Live at the Marquee
Various dates, June and July
What with A-Ha’s gig on June 12th totally sold out, make haste if you intend to rock up for Bell XI (June 15th), Picture This (June 19th and 20th), The Script (June 25th), Alanis Morissette (July 4th) or The Coronas (July 13th). aikenpromotions.com

West Cork Chamber Music Festival
June 29th-July 8th
Bantry becomes a sounding-board as the Cork town reverberates with concerts and masterclasses from the best in Irish and international ensembles. westcorkmusic.ie

National Heritage Week
August 18th-25th
What is cultural heritage? The answer changes from year to year – and so does this week of nationwide events which embraces archaeology and literature, the built environment and the natural world. This year, the focus will be on the technology that is making it all more accessible than ever. heritageweek.ie

Masters of Tradition
August 22nd-26th
With Martin Hayes at the helm, the annual festival of traditional music in West Cork sails serenely into late summer. westcorkmusic.ie

Electric Picnic
August 31st- Sept 2nd
An all-female comedy lineup on the Hazel Wood stage, with Joanne McNally as MC, has already been announced for the annual bash at Stradbally Hall in Co Laois: expect many more top names to join the list as details of the Picnic programme are released over the coming weeks. electricpicnic.ie

Dublin Tiger Fringe
September 8th-23rd
The surprising, the site-specific and the downright strange take to the stage over 23 locations in the heart of Dublin. fringefest.com

Culture Night
September 21st
The now-legendary annual late-night peep behind the door at all sorts of cultural venues around the country. culturenight.ie

Joanna Lumley
October 7th
The Absolutely Fabulous star comes to the Bord Gáis Energy Theatre with her live show, It’s All About Me. Well, of course it is. bordgaisenergytheatre.ie

Wexford Festival Opera
October 19th-November 4th
The best opera festival in the world, according to the 2017 International Opera Awards – well, we knew that already. In 2018, another collection of rare musical and theatrical gems will be on the stage at the National Opera House. wexfordopera.com

Sligo Live
October 24th-29th
An uplifting programme of folk, roots and indie gigs in the northwest, with Don McLean playing the Knocknarea Arena on June 3rd to get everyone in the mood. sligolive.ie

Other Voices
November 30th-December 2nd
It’s the time of year for dark evenings, decorations – and the annual pilgrimage to Dingle for the delightful firework display of music and song that is Other Voices. othervoices.ie

NYF Dublin
December 31st-January 1st, 2019
What’s another year gonna bring? An outbreak of music and mayhem in the city centre, that’s what. And if you’re planning your artistic life this far in advance, well, a happy 2019 to you too. nyfdublin.com