BBC Earth Podcast: Proof that podcasts can be as rich as TV documentaries 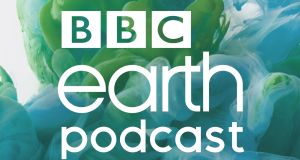 The BBC Earth Podcast manages to be both educational and philosophical, at once

One of my favourite television shows to curl up in front of is Planet Earth. The soothing quality of David Attenborough’s voice, the sprawling imagery coupled with the knowledge that the viewer will get to see parts of the planet they could never otherwise lay eyes on. It’s holistic. Here, in the BBC Earth Podcast, we get a slightly different angle on that experience, but one that’s no less rich for its lack of imagery.

What the team at BBC Earth have done is develop a short magazine show – about a half-hour long – that succinctly captures the transporting feeling one gets from watching a powerful nature documentary, but in audio. It perfectly uses the podcast medium to tell huge stories with limited resources.

The first of the two existing episodes hangs on the premise of Beginnings: among other subjects, it looks at the dawn chorus and an artist who creates work with that sound. The soundscape of the birds singing and the interview with the artist is wholly immersive: we don’t need to see the birds, or the forest where they live. The attention to audio detail here is enough to stimulate your imagination and senses instead.

In a very limited episode time, we are taken on several totally unique capsule stories, two very unique destinations, examining phenomena both human and emotional, as well as of the natural world. There is a segment which focuses on an army veteran whose life was torn apart by extreme post-traumatic stress disorder, and his recovery process, which involved beekeeping. The thrumming buzz of the hive enriches and grounds the story – it helps place us as listeners into his experience, and his healing.

The show isn’t averse to looking at the climate crisis: it discusses wildfire and flooding within the magazine segments. It is a really powerful means of showing how the world has become, without preaching. Listening to journalism of this quality about nature may help us pay keener attention to how we inhabit a world under climate change.

The second episode is about isolation. A segment about underground caves is utterly transporting as well as fascinating and strangely emotional. It could be the selection of stories placed into each episode or the sound-design, but whatever it is about these stories of life on the planet, there is a huge feeling of heart.

The final two segments on the Isolation episode moved me to tears, and neither was about a human being. The BBC Earth Podcast manages to be both educational and philosophical, at once. If you do listen to it, it will warm you in these dark months and remind you there’s a bigger world out there.