10 of the best TV shows to watch this week

Back to the Bake Off, Meghan and Harry 100 days on, countdowning Ireland’s richest 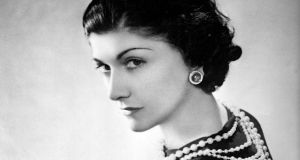 Last year was not a good one for BBC presenter Adrian Chiles, at least not in footballing terms. His beloved West Bromwich Albion was relegated from the Premier League, and you can imagine he downed a few pints to drown his sorrows after the team’s fate was sealed. Chiles, you see, is a self-confessed social drinker, and he examines the subject in this new documentary. Unlike many programmes about the demon drink, it doesn’t focus on alcoholism but rather the habit of going out at the weekend and getting sloshed with your mates.

The wedding was a fairytale, but how have the royal couple coped with the honeymoon period? The new Duchess of Sussex must have known she would be in the media spotlight after marrying Prince Harry, but she probably didn’t anticipate how many of the headlines would be generated by her own family. In this documentary, royal experts look at how Meghan has adjusted to her new role and all the protocol that comes with it, while also discussing the welcome she has received from the palace.

They said it would never survive the move to Channel 4. Wrong! The amateur bakery contest was uprooted from its BBC home last year, with new hosts Sandi Toksvig and Noel Fielding, but the programme pulled in an average of nine million viewers, proving that baking fans don’t care what channel its on. Now the show is back for a second season on C4 (its ninth in total), with another bunch of bakers looking to impress judges Prue Leith and Paul Hollywood with their dainty little creations. Get ready for some serious pastry porn. The first episode breaks with tradition: instead of bread week, it’ll be biscuit week. Can our delicate sensibilities handle it?

Did you know that maths could help you to do avoid everything from nuclear annihilation to listening to the kids arguing in the back of the car during a long road trip? It’s all linked to game theory and, in this documentary, mathematician Dr Hannah Fry will use it to unlock the strategies you need to get what you want. In the process, she reveals the link between rapper Ludacris, a Kentucky sheriff, a Nobel Prize winner and doping in professional cycling – and, even more impressively, explains the science behind the TV series Golden Balls.

New series. The spin-off returns as Fred and his team head to a luxury hotel in Italy to welcome singletons from all over the UK. Following a painful marriage, glamorous tattooed policewoman Emma meets bearded carpenter Luke in one of the most passionate dates in the show’s history. Meanwhile, flight attendant Andrew is finally ready to find love again, following the tragic suicide of his husband, and is set up on a date with fellow Bristolian David, who has a lust for life and a thirst for fine Italian wines.

In a radical experiment, pioneering scientists from across Europe have come together to use new technology to explore what our world would look like if we could not tell lies. Three British contributors are rigged to make it impossible for them to lie undetected, and are challenged to live for a whole week without telling a single lie. This bold social experiment sets out to discover the role of deception in our lives, and to investigate the impact lying has on our mental state and the consequences of it for our relationships.

We all love a top 20 list, and Joe O’Shea returns to bring us the ultimate rich parade, counting down the wealthiest people in Ireland, as compiled in the Sunday Times Rich List. Gasp as the bling gets blingier and the glitz gets glitzier as the countdown moves inexorably towards the richest, jammiest tycoon in the land. Kinda brings a new meaning to “green with envy”. New entries in the list include someone who’s gotten rich from recycling, the founder of an online estate agency and “an outspoken pugilist” (now who could that be?). To celebrate the centenary of women’s suffrage, O’Shea also counts down the list of the country’s richest women.

David McWilliams: Back to the Future
Thursday, Virgin Media One, 10pm

David McWilliams hosts this one-off special asking the very pertinent question: Are we losing the run of ourselves again? House prices are soaring, the economy is heating up, and the boom is getting boomier. Are we living through another bubble, and what will happen if it bursts? McWilliams takes the current temperature of the economy to see who is getting rich and who is getting left behind. Are we in danger of repeating the mistakes of a decade ago, and what might Ireland’s economy look like in the next decade?

The No 5 War
Thursday, BBC4, 9pm
It’s arguably the world’s most famous perfume – Marilyn Monroe once claimed it was the only thing she wore in bed – but as this documentary discovers, the story behind Chanel No 5 doesn’t smell quite as sweet. Coco Chanel’s revolutionary perfume concept was an instant hit when it launched in 1921, but it also became the focus of a battle between the iconic designer and her business partners, the Wertheimer brothers. The film explores how, during the second World War, Chanel and her high-ranking Nazi lover saw a chance to oust the Jewish Wertheimers, who had fled occupied France for America.

Since its launch in 1947, the Edinburgh Festival and Fringe has grown to become the largest arts gathering in the world: some 4,000 shows in around 300 venues selling almost three millions tickets. Some of the best-known names in entertainment got their big break at the festivals, including Mike Myers, Steve Coogan, Miranda Hart, Emma Thompson, Graham Norton, Hugh Laurie, Billy Connolly and JK Rowling. In this three-part series, comedian, actor and presenter Nish Kumar meets some of the comedy industry’s biggest names and hopeful first-timers as they try out new material.