3 of the best TV shows to watch this weekend 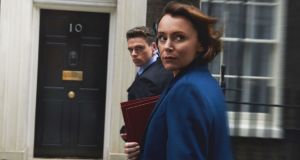 Danger in Downing Street: Richard Madden and Keeley Hawes in Bodyguard on BBC One

Pump Up the Bhangra: The Sound of Asian Britain
Friday, BBC4, 10pm

BBC Asian Network DJ Bobby Friction explores the rise of Bhangra music in Britain, exploring how in the 1980s an Indian folk tradition was transformed into a part of the UK club scene, outselling many mainstream acts. It’s a story that takes in cassette tapes and teenagers bunking off school to attend secret gigs, but Friction also looks at how the genre soundtracked battles against discrimination and helped many British Asians to find their voice and identity. In the process, he hears from some of the scene’s most influential names, including Balbir Bhujhangy, Gurcharan Mall, Heera and Apna Sangeet.

Meera Syal journeys back to Essington in the Black Country, the mining village where she grew up, describing how her childhood inspired her coming-of-age novel Anita & Me (1996), which was later adapted into a film. Meera opens up about how she was an outsider, with one foot in the Indian culture of her parents and the other in Essington’s white, working-class community. She revisits the site of her old house and discusses why she wrote the book, which is now part of the GCSE curriculum. The 2002 film follows.

Bodyguard
Sunday, BBC One, 9pm
The always-watchable Keeley Hawes stars in this new political thriller series from Jed Mercurio – the guy who brought us the compelling Line of Duty. Hawes plays ambitious home secretary Julia Montague, and Richard Madden plays David Budd, the police bodyguard assigned to protect her. With the threat of terrorism at its highest, war veteran Budd will have his work cut out for him, so he needs to keep down those pesky old demons that are haunting him. But Montague’s hardline stance leads to a clash of ideologies, and when Budd is asked to spy on his charge, he’s sorely tempted. Episode two of this six-parter is on Monday at 9pm.