Isolation has opened our eyes to how easy it now is to communicate in sound and vision with distant workmates, family and friends 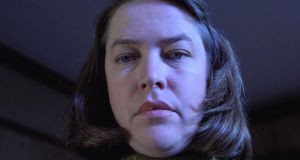 ‘As we all educate ourselves about this, expect a surge in sales of tripods and lenses, as well as Instagram-style beautification apps’. Kathy Bates in Misery. Photograph: Columbia Pictures

Everything acclerates in a crisis. That’s as true of culture as it is of technology, politics and economics. Standards and priorities change, new forms emerge and old ones mutate or disappear. As we become accustomed to the contours of this new life we’re in, and start to look around ahead, some things are already becoming apparent.

Isolation has opened our eyes to how easy it has become to communicate in sound and vision with distant workmates, family and friends. In this early phase, different platforms will emerge incredibly quickly, with some falling into disrepute and fading away just as fast. Each platform will have its own inbuilt protocols which will inflect the ways people use them. But the people themselves will adapt those protocols to figure out their own etiquette and modes of discourse in unpredictable ways. All of this is anarchic and fascinating and happening right now in real time.

In this Great Levelling, the guest on The Late Late Show looks pretty much the same as Mary from accounts did in that mind-numbing Google Hangout you endured this morning

As always, these new forms of communication and expression have an effect on older ones which, because of social distancing, are having to adjust just as fast as the rest. Several decades’ worth of technology designed to make people look better on broadcast television than they do in real life has been jettisoned. No professional makeup and hair. No lighting rigs. No special lenses, tracking shots, vision mixing or multi-camera set-ups. Just one person staring nervously into the beady eye of their laptop. In this Great Levelling, the guest on The Late Late Show looks pretty much the same as Mary from accounts did in that mind-numbing Google Hangout you endured this morning.

The result is simultaneously prurient and alienating. Prurient because we are getting a glimpse into people’s homes – or at least at their overhead lighting arrangements . Alienating because the high production values of studio-based TV were carefully designed to create a comforting illusion of intimacy and proximity. Strip that away and what’s left seems, to paraphrase Father Ted, both smaller and farther away.

This matters less for news and current-affairs programmes, which have always relied on outside links anyway, and have, after all, a serious job to do right now.

But things are getting weird in sport and light entertainment, and are likely to get weirder as the reservoir of pre-recorded material runs dry. Providing comfort and familiarity at a time of stress is tricky enough without losing most of your material and having to resort to an alienating new technology.

A friend sent me a clip of “Remain Indoors”, a prescient Mitchell and Webb sketch from a few years back about a post-apocalypse TV quiz show screening on an emergency TV channel following some horrible unspecified “Event”. The juxtaposition of dread, forced jollity and grim government health warnings will be familiar to anyone who’s had to listen to Des Cahill or the Off the Ball team in recent days, and will become an increasingly common pattern across TV and radio in the coming months.

That sense of dislocation and anxiety isn’t helped by the way nearly everyone uses video chat. Any first-year film or photography student can tell you that a low-angle closeup is neither flattering nor reassuring. Just think of two of the great horror movies about isolation (both based on stories by Stephen King) and marvel at how many people on Zoom seem intent on channelling either Jack Nicholson or Kathy Bates, in The Shining and Misery respectively. As we all educate ourselves this, expect a surge in sales of tripods and lenses, as well as Instagram-style beautification apps.

But even if video chats become a little more polished, how does the mass light entertainment industry cope with a year or more of gigs without audiences, matches without crowds and chatshows with dial-in guests? What do you do when your primetime product looks and sounds no different from the humblest home YouTuber?

One option might be to embrace an even greater level of artifice. Take the technology which allows long-dead pop stars to go on virtual tour and turn it around to create virtual audiences for real performers. Why not resurrect the discredited old technique of canned laughter and use it to provide crowd noise for sports events held in empty stadiums (it works for video games). Re-runs, repeats and nostalgia will only get you so far, so it will be intriguing to see who is first to figure out what should come next.