Tara Flynn: My favourite restaurant is up a flight of stairs on O'Connell Street

The actor, comedian and writer on Frances McDormand, Rome and WeRateDogs 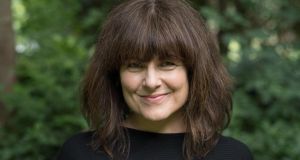 Tara Flynn: “I’ve admired Maria Bamford for a long time. She had a nervous breakdown about 10 years ago and had to move back with her parents, and she deals with it so beautifully”

Book
I just finished Conversations with Friends, by Sally Rooney, and I absolutely loved it. It’s a compact book but deals with big thoughts. She explores class and human relationships in a way that I haven’t seen properly – namely female friendships that can become romantic, but it’s not sensationalised. She has the literary chops, and she’s also very readable.

Restaurant
Fujiyama, near the Savoy cinema on O’Connell Street in Dublin. You go up a flight of stairs, and if you get a window seat you can look down at O’Connell Street and people-watch all day with a bowl of tofu in front of you. The food is good, but the location is the draw. It’s right by the Gate and the Abbey theatres, so it’s a tip for those who like storytelling.

Comedian
I’ve admired Maria Bamford for a long time. She had a nervous breakdown about 10 years ago and had to move back with her parents, and she deals with it so beautifully in her stand-up and sketches online. She’s had two series of Lady Dynamite on Netflix. Season two might be too out there for some people, but season one is just delightful.

Artist/designer
Can I say my sister Sara Flynn? Because it’s true. She’s a ceramic artist who’s done the most incredible work. Her stuff is sculptural and really beautiful. And she’s finally getting some real attention. She just exhibited in Florida after plugging away, while keeping her integrity and working any job just to keep things going.

Please only send dogs. We have already stated we don’t rate polar bears. No matter how magical their selfies. Thank you... 13/10 pic.twitter.com/5mhJVHMx5O

City
It’s no secret to anyone who knows me that it’s Rome. The first time I went was to get over a break-up, which was the stupidest place for that. Even the pigeons are in love there. But because it put me through this searing pain initially, we’ve healed together. I don’t take public transport; I walk everywhere, so I know it quite well now. But I don’t want to recommend particular places. It’s a city to discover and fall in somewhere new.

Actor
Frances McDormand is in the news at the moment, and I love her. She’s a masterclass in screen acting, and she’s ballsy to refuse to conform to the Hollywood aesthetic and just be herself. There’s a conversation about diversity in Hollywood, and we need more women of colour, like the brilliant Viola Davis, but ageism isn’t talked about so much. I love anyone of any background who can buck that one.

Podcast
I like the Echo Chamber podcast at the moment, by Martin McMahon and Tony Groves. I’ve lost heart and interest in news podcasts, but this explores a local and detailed level without having to have this pseudo-balance which means just having two polar opposites spout the same stuff again and again. This gets down to the nuanced, grey areas which are interesting to try and understand, even if I don’t agree.

Social media profile
It has to be WeRateDogs (@dog_rates) on Twitter. When the world seems grim it’s just lovely to look at dogs being rated highly. I have a cocker spaniel called Jack and a tortoiseshell cat called Buffy, and they’re what wind me down at the end of the day.

TV show
I have to give a shout out to Issa Rae’s Insecure, on Sky Atlantic. In it she’s a social-outreach worker who’s trying to get her personal life straight, and it doesn’t quite go according to plan. I love the way it gives a new take on being single. We’re so used to seeing the story told by middle-class white girls. It gives people questions to ask about race, but it’s still incredibly funny.

Tara Flynn performs as part of the Where We Live programme presented by ThisIsPopBaby and St Patrick’s Festival, at the Complex in Dublin from March 6th to 18th