The $10m pizza, Bitcoin and the problem with the euro

A tale of three currencies: Dharshini David, author of The Almighty Dollar, compares the world-leading currency with the euro and Bitcoin 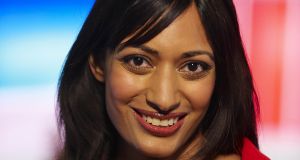 Dharshini David: the eurozone has now overtaken the US in terms of population, yet it’s the dollar that rules the financial system and the global economy

The tale of the $10 million pizza is becoming part of 21st-century tech folklore. How could a slab of dough, cheese and sauce come with such an exorbitant price tag? In truth, it didn’t. But it’s a vivid illustration of the meteoric rise of Bitcoin, the most famous of a growing breed of digital currencies.

Bitcoin’s origins are shrouded in mystery; nine years on, the true identity of its inventor Satoshi Nakamoto remains unknown. But the so-called crypto currency allows online payments to be sent directly from one party to another. So there are no notes, coins or banks involved. Digital currencies had been tried before but come up against the problem of “double transactions” – they could be spent twice. The technology underpinning Bitcoin did away with that.

On May 22nd, 2010, a Florida programmer, Laszlo Hanyecz, offered to pay 10,000 Bitcoins for two Papa John’s pizzas, to be delivered to his door. A British man took the bait and pocketed the equivalent of $41. But if he’d made the same deal in late 2017, he’d have walked away with almost $10 million. By then, one Bitcoin was changing hands at $10,000. Demand had soared – not least from the criminal underworld. Bitcoins can’t be traced, making them popular with drug dealers and money launderers. But they had almost become irresistible to legitimate investors too – there are tales abound of cab drivers sinking their life savings into a currency they couldn’t even touch.

But its stellar rise meant Bitcoin was flying a bit too close to the sun. The hype was replaced by a reality check. Bitcoins aren’t actually that useful for making ordinary purchases as the cost of making transactions is high. They are prone to fraud. Some crypto-currency exchanges were raided by hackers, with the loss of hundreds of millions of dollars, and investors fell prey to scams. Facebook banned ads linked to digital currencies. Credit card companies took the unprecedented step of banning their customers from using their cards to purchase crypto currencies due to the risks involved. In the first six weeks of 2018, the value of Bitcoin halved.

It’s not unlike the tulip bubble of the 1630s. A craze then for the recently-introduced flower led to feverish speculation in the Netherlands. Ordinary people poured their life savings into bulbs, believing their sale would lead to a blooming fortune. At their peak, a single bulb was worth as much as an Amsterdam house. But a shortage of buyers eventually meant the market crashed.

Bitcoin too may have seen its bubble burst but like tulips, digital currencies are likely to stick around. However, they are a long way from replacing standard forms of money. The old currencies have the upper hand, particularly those of the richest areas, containing the biggest spenders. By rights then, the dollar and the euro should be fighting it out for pole position.

Money has three functions: it has to be a generally accepted medium of financial exchange and repaying debt, a store of value and a unit of account. Overarching all this is trust: a currency is basically a promise to pay the bearer, a promise that is worthless if the currency is not trusted. Unlike euros or the dollar, Bitcoin is still not widely accepted – and most importantly, its vulnerability means its still not trusted.

The dollar’s dominance has long been underpinned by the world’s largest economy (whose people account for a fifth of the world’s spending). When the euro came into being, US policymakers feared their greenback’s position was under threat. Indeed, the eurozone has now overtaken the US in terms of population. Yet it’s the dollar that rules the financial system and the global economy.

America has history on its side. Postwar agreements established the dollar as the currency of international trade and investment. Then it became the currency in which the world’s most prized commodity – oil – was traded. The dollar became a safe haven, and the most popular form of money. Even in 2017, 40 per cent of all international payments, for trade and the like, were made in dollars. It’s also a common currency in which to hold debts even for companies and countries far from the US, due to the dollar’s relatively stable nature. $11 trillion of debts, about 40 per cent of the total, are held in dollars – and of course, dollars are then needed to make repayments.

Rivals like China may resent that power – but they know how to harness it. They earn dollars by selling to Americans and then investing the spoils in ways that maximize their influence and economic empires. In China’s case, it lends to the American government, as that’s one of the safest investments it can make. That means it “owns” America’s debts. In turn, this means American taxpayers can afford to keep buying Chinese-made goods, keeping its factories churning and its people in jobs. Moreover, China can spend its dollars around the world on infrastructure projects such as roads or buying companies in order to win hearts, custom and power.

China hoards dollars but it’s less keen on the euro. What hasn’t helped the euro’s desirability is the experience of its first decade – that’s partly down to management, and partly down to unlucky timing. The single currency required a single interest rate that somehow had to suit a bunch of wildly different economies. Italy, Germany and France alone make up over half of the eurozone’s GDP. When it comes to setting interest rates, their needs dominate. So a low initial cost of borrowing may have helped high German unemployment. But it encouraged the credit boom – and subsequent bust in Ireland. Then came the financial crisis, which brought Greece’s economy to its knees, tainting the image of the Eurozone as a whole, and setting back economic integration.

So the dollar’s position remains unshakeable – even as the value of that currency continues to wax and wane. But for now, it’s still a far easier way to buy a pizza in euros than Bitcoin.

The Almighty Dollar: Follow the Incredible Journey of a Single Dollar to See How the Global Economy Really Works by Dharshini David is published in hardback by Elliot & Thompson at £16.99