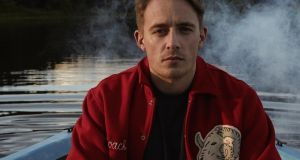 Why: Last October, Dermot Kennedy stepped on to the first of two sold-out Dublin shows in the Button Factory and confirmed in real life what his rapidly-growing fanbase already knew.

The ease at which the Dubliner drew from a ragged emotional place and transposed heartbreak and longing into songs that burned with mainstream pop flavour, without compromising on his authentic expression, was plain to see. By the end of song one he was interpolating lines from a Drake song, showcasing also the ease at which the songwriter was comfortable in the brave new zeitgeist.

Kennedy’s rise was all the more impressive for the way in which it used the streaming service Spotify to build those fans in the first place to the tune of over 75 million track streams without early radio airplay support.

His early songs strayed close to Ed Sheehan-style acoustic balladeer style but his latest releases on songs like Moments Passed and Glory stepped up both the songwriting and production and it was that flavour of anthemic folk-electronic pop songs that has dominated since.

Kennedy is currently on a 56-date sold out world tour that landed in the Olympia Theatre this week before heading to North America and Australia. The Dubliner did his time busking and at open-mic nights around the city over the years. His hard work is paying off.

You have to hear this... Beach House – Lemon Glow

Victoria Legrand and Alex Scally’s breakthrough third album Teen Dream melded dream pop sensibilities with wistful melodies to much acclaim and they’ve pretty much been riding those soft coat-tails ever since. Their new song dispenses with much of that warmth in favour of a creeping sense of disquiet. Lemon Glow still offers Beach House’s trademark solace, but it comes with a dose of The Fear. Listen here

You have to hear this... Paddy Hanna – Ida

Dubliner Paddy Hanna has grown from a nervous indie musician to commanding performer. Ida, a preview of forthcoming album Frankly I mutate, produced by Daniel Fox of Girl Band, is a sweeping slice of string-assisted retro pop music and is the latest in a line of finely-penned songs. The evidence confirms Hanna’s suitable leap into classic singer-songwriter territory. Listen here