Sigrid: is the Norwegian pop star the great songwriter of her generation? 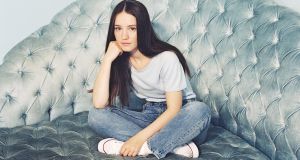 Sigrid: she is an antidote to the mumblecore genre that’s been holding the charts hostage

At 21 years of age, with youth and massive talent on her side, Norwegian pop star Sigrid is practically daring people to underestimate her. “You love to tear me down, you pick me apart/ Then build me up like I depend on you/ But I throw myself from heights that used to scare me/ Guess you’re surprised, I’m the puzzle you can’t figure out,” she sings on Don’t Kill My Vibe, her single that crashed into the charts last year.

Since then, she’s won 2018’s BBC’s Sound Of… 2018 poll, an honour roll that includes Adele, 50 Cent and Sam Smith, and she’s been the talk of the pop loving population of the world. With her big choruses and special brew of high energy, she is an antidote to the mumblecore genre that’s been holding the charts hostage, a genre that has also reversed the traditional build in songs, focusing more on big verses and non-existent vocal choruses. You could call her the Pop Messiah, here to save us from another middle of the road Katy Perry album or the umpteenth EDM banger with Selena Gomez muttering her way through the verses.

Born in 1996 (the same year the Spice Girls released their debut album Spice) and reared in Ålesund, Norway, Sigrid Raabe always considered music to be a fun thing to do – as an after school activity – and never thought of it as a professional career. Recent appearances on BBC’s The Graham Norton Show, where she performed her new single Strangers, and RTÉ’s Other Voices, which was filmed in December in the intimate surroundings of St James’ Church in Dingle, Co Kerry, suggest that a job in investment finance would have been a total waste.

She bounces around the stage like she has spent her entire life performing to a crowd and with a smile plastered across her face and dressed in jeans and a t-shirt, like she’s just heading to the cinema with her mates, there’s something quite pure in the way she approaches her new chapter in her life.

This bright-eyed outlook is what marketing teams have attempted to do with commercial acts, just look at the early days of Britney Spears and One Direction, but Sigrid isn’t a product of savvy marketing; she’s a student of pop music and she’s ecstatic to be doing what she loves, and based on the video of her reaction to the BBC Sound Of… win, she doesn’t quite believe that this is her reality.

Sigrid lives and breathes the catchy hooks (Strangers), the beats that punctuate a clever verse (Plot Twist) and the key changes that can turn a sad song into something uplifting (Fake Friends). Adele’s Rolling in the Deep is the first song that blew her mind because it’s not just one good hook, she says, it’s “so good from start to end” and the quality of her musical output so far proves that she’s keen to make every second of every single one of her songs count. With perfect melodies and simple melancholies that reinforce the healing powers of the dance floor, her songwriting style could place her as one of the greatest songwriters of her generation.