To see or not to see: ‘Hamnet’ is this week’s must-see theatre highlight

Dead Centre’s brilliant one-boy show in Dublin, and all the drama of Electric Picnic 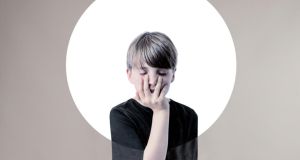 Aran Murphy in Hamnet, at the Samuel Beckett Theatre

The Theatre Stage at Electric Picnic

Theatre tends to experience a lull at this time of year, as though taking a deep breath before it can break into the sprint of the Dublin Fringe Festival and the Dublin Theatre Festival. There is, however, always one pleasing oasis of performance in Stradbally every year, nestled into one corner of the Mindfield enclosure at Electric Picnic. Presented on an almost bare stage, the programme, arranged with the Dublin Theatre Festival, tends to be a survey of grabby short works from the previous year, given the inadvertent soundtrack of the auditory overspill from a major outdoor music festival. Don’t bother shushing.

This year offers a great opportunity to revisit Tara Flynn’s Not a Funny Word, the comedian’s wry and affecting recollection of her experience with abortion, with the added catharsis of the Yes vote in the referendum. Elsewhere is Say Nothin’ to No One from one of the most hotly tipped emerging writers, Thommas Kane Byrne;  the feel-good/feel-awkward coming of age memoir My Left Nut; and, fresh from a roundly lauded display at Edinburgh, Malaprop’s excellent piece on passion and robotics, LOVE +. Shout loud enough and they may even do encores.

Who haunted Shakespeare when he wrote Hamlet? A play so steeped in death, full of demanding fathers, hapless sons and restless ghosts, it was completed just three years after the death of Shakespeare’s young son, Hamnet. “You haven’t heard of me,” apologises the 11-year-old boy who arrives onstage in Dead Centre’s brilliant co-production with the Abbey from last year, alone with a hoodie and a backpack – although, like any contemporary kid, he knows he shouldn’t talk to strangers. Now recast with Aran Murphy in the title role, for one performance at home before the production embarks on an international tour, the show is a deft meditation on being and not being, as though Shakespeare was also haunted by Beckett.

But the kid is still a kid – playfully interacting with the audience, asking Google for worldly explanations, singing Johnny Cash (“It’s hard when you sound like an angel”) – while somehow representing a multitude of big things: the rush to grow up, the ambition to be a great man, the coarsening of modern culture, all our proud inheritances and irretrievable losses. We’re often expected to see ourselves in Shakespeare, but directors Bush Moukarzel and Ben Kidd make a disarming entreaty that we see ourselves in Hamnet, a forgotten child, frozen in time, finally seen and heard.