Louis CK: an unwelcome return from a short exile 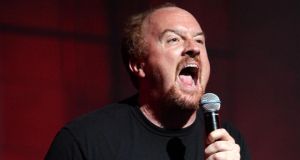 And so it begins. On Sunday night, disgraced comedian Louis CK made a surprise appearance at New York’s Comedy Cellar, where he delivered 15 minute of new material – none of which addressed the sexual misconduct to which he admitted last November.

To return to performance less than 10 months after his public unmasking as a deviant – he had confessed to committing a lewd act in front of female comedians on numerous occasions – speaks to the comic’s self-regard and chutzpah. But what was most distressing about his pirouette back into the spotlight wasn’t that CK judged it timely to step out of the shadows. The problem was the standing ovation with which he was greeted – the applause raining down before he had even opened his mouth.

It was a classic redemption arc – the apocryphal “second act” integral, we are told, to the American Dream. But will there be a second act for the women who spoke out against him – and who have since complained that they, not he, are the ones treated as pariahs? Rebecca Corry, one of the comics who broke her silence about CK, has since received death-threats and has been mocked as an attention seeker on (where else?) social media.

In isolation, Louis CK’s return might simply attest to one celebrity’s delusion that several months mooching in their mansion constitutes time served in the court of public opinion. Yet CK is in no way an outlier. Also back on the circuit is Aziz Ansari, another comedian accused of inappropriate conduct.

To be sure, Ansari’s misdeeds are widely regarded as several orders less heinous than those to which CK has confessed. In an anonymous article on website Babe.net a woman described going on a date with the star and experiencing pressure to becoming intimate with him. There was no suggestion that a crime had been perpetrated but the woman wrote that she felt violated and that Ansari had ignored “non-verbal cues”.

His career unravelled immediately. One reason, arguably, is that there was clearly a distance between his private behaviour and his public self-identification as a feminist. Behaving creepily at the end of a date isn’t precisely the same as exposing yourself in public – the charge to which CK pleaded mea culpa. Yet it spoke to a gulf between Ansari’s “woke” persona and his off-screen conduct. People felt they had been lied to.

But now he’s back. Performing in clubs in the American Midwest this month, he addressed his pet subject of dating and its travails – also an obsession of his Netflix comedy Master of None. Left unmentioned was the Babe.net article.

CK’s set is meanwhile said to have focused on “racism, waitresses’ tips, and parades”. In both instances, there wasn’t so much an elephant in the room as a herd of stampeding woolly mammoths.

Likewise eyeing a comeback, it’s been reported, is Matt Lauer, the American morning host sacked from NBC amid sexual harassment accusations. “Don’t worry, I’ll be back on TV,” he is alleged to have told supportive fans at a restaurant. Disgraced current affairs Charlie Rose, fired following sexual misconduct allegations by multiple women, is, for his part, said to be planning an interview show in which he talks to other men similar undone by MeToo.

Already fully redeemed, it would appear, is actor Casey Affleck, accused of sexual harassment while directing I’m Still Here in 2010. On the circuit promoting his latest movie, he offered a muggy mea culpa.

“I contributed to [an] unprofessional environment and I tolerated that kind of behaviour from other people and I wish that I hadn’t. And I regret a lot of that . . . I behaved in a way and allowed others to behave in a way that was really unprofessional. And I’m sorry.” With that he’s moving on, with a new HBO series about Lewis and Clark – the iconic Old West cartographers – in the pipeline.

The reek of privilege exhibited by Louis CK and his fellow pariahs is breathtaking, The owner of the Comedy Cellar is reported to have learned of the comedian’s re-surfacing at his venue only after the fact (he was supposedly at home napping when CK turned up). And several audience members have since complained that the Comedy Cellar should have had the decency to inform them in advance that CK would be appearing so they could decide whether or not to attend.

It’s a dilemma we’ll all be facing soon enough. As the weeks pass, more and more “victims” of #MeToo will no doubt strike out on the path to redemption. They are, it is possible, waiting and watching to see how Louis CK and Ansari are received.

The good news is that their redemption is ultimately out of their hands. That decision rests with us. Whether by refusing to watch their TV shows (a third season of Master Of None has not been ruled out by Netflix) or boycotting their performances, it is we who hold the keys to their future.

We can buy into the noxious idea that they have “served their time” – as comedian Michael Ian Black said of CK on Twitter this weekend.

Or we can calmly insist they return to the obscurity into which they were justifiably cast over the past year. What we absolutely should not do is follow the example of the Comedy Cellar audience in jumping to our feet and whooping our acclaim. Louis CK has spent no time in prison and remains enormously wealthy. In light of the behaviour to which he has confessed it is surely not expecting too much that he continue hanging his head in shame.