This week’s theatre highlights: Druid’s production of The Cherry Orchard 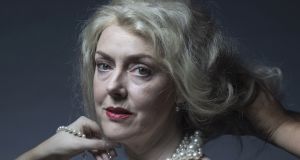 Twentieth-century Irish drama has always had a special relationship with 19th-century Russian literature. From Brian Friel’s several translations of the work of Anton Chekov and Ivan Turgenev to the influences found in his plays such as his 1977 work Living Quarters; from Roddy Doyle’s contemporary version of Nikolai Gogol’s satirical drama The Government Inspector to Marina Carr’s dramatisation of Leo Tolstoy’s sprawling novel Anna Karenina. Tom Murphy was also drawn to the work of the Russian masters, although the existential anger that defined the best of his work was no match for the more gently-expressed frustrations of the Russian canon, where resignation tends to rule over rage.

And yet, Murphy’s 2004 version of Chekov’s The Cherry Orchard is filled with parallels from the late writer’s own plays. Chekov’s dramatisation of the struggle between tradition and a modern way of life is the same schism that defines Murphy’s best work: the young men caught between past and present in Conversations on a Homecoming, the grandmother paralysed by memory in Bailegangaire, poor deluded Dad in A Whistle in the Dark, who clings to the memory of a long-lost esteem.

The preoccupation with property in The Cherry Orchard offers the same propulsion to the plot as it does in The Wake and The House.

Druid Theatre, which staged the premieres of many of Murphy’s best plays, including his last, Brigit, brings The Cherry Orchard to the stage for the first time since its premiere at the Abbey Theatre in 2004. Director Garry Hynes has gathered together an ensemble familiar with Murphy’s canon. Indeed, many of them, including Aaron Monaghan, Garrett Lombard, Rory Nolan and Marty Rea, worked on the Galway-based theatre’s 2012 project DruidMurphy. Derbhle Crotty (who was a memorably louche Dolly in the Abbey Theatre’s 2001 production of Bailegangaire) takes on the leading role of Madame Ranevskaya, matriarch and madam of the titular orchard, who is trying to come to terms with her fading social stock.

The production runs at the Black Box Theatre until March 7th, and it will have a short outing at the Bord Gáis Energy Theatre in April. Audiences across the country can see the production on Thursday, March 5th, when it will be live-streamed to selected cinemas, a first for an Irish theatre company.