‘Carers become these non-entities, because they give up so much of their own lives’ 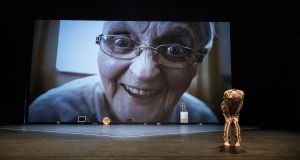 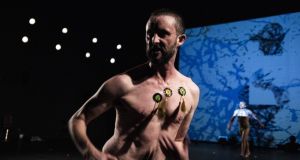 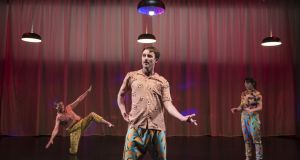 Assisted Solo will be part of Dublin Dance Festival in May. Photograph: Ste Murray

Sitting in the Library Bar in Dublin’s Central Hotel, choreographer Philip Connaughton remembers visiting the room back in the 1980s before the hotel had re-opened. Then a slightly ramshackle building, it was the temporary home of the Dublin Dance Centre, and he recalls being herded into the space with other children for tap dancing classes, but warned to stay away from one corner. Needless to say that he took the earliest opportunity to secretly investigate the corner and discovered a crumbling hole and twenty foot drop to the floor below. An ideal space for tap dancers.

A rich storehouse of memories and anecdotes from the slowly improving fortunes of Dublin’s dance scene reflect Connaughton’s long innings as a dancer. His career as a choreographer is shorter – less than a decade – working with theatre and opera, as well as creating his own work. If these memories help define his past, they are also central to his latest two works, Assisted Solo and Mamafesta Memorialising. Both were created in response to his mother’s growing dementia.

Assisted Solo is both a documentary and meditation on Connaughton’s changing relationship with his mother Madeleine, using video, spoken word and movement. Along with two female dancers and videographer Luca Truffarelli, he delves back to his childhood and relates important personal events to his mother. It ends with a simple film that shows his morning routine with his mother: getting her dressed, showered, made-up and fed.

“I felt a bit unfulfilled after making Assisted Solo,” he says. “I felt that the subject matter offered more and I wasn’t prepared to let it go.” With project-to-project grant cycles, many Irish choreographers develop their practice on a piece-by-piece basis, rather than group their works into mini-ouevres.

“We’re different to visual artists who put together a collection for a gallery show,” he says. “When I look at my work there is definitely an obvious through line that for me connects the dances. Themes of isolation and loneliness are present, but this was the first time that I didn’t want the subject matter to change.” The two works are nevertheless different.

“Assisted Solo was about my mother’s journey and what it is like for her. Mamafesta Memorialising deals with the aftermath of that, my own fears about my mental health and mental faculties, as well as the stress around being a carer.” He also sees Assisted Solo as a feminine piece full of empathy: onstage he is assisted by two dancers and his mother is a constant presence onscreen. Mamafest features an all-male cast. “It is from my masculine side, and there’s a lot more anger there.” This internal aggression came from fear and frustration.

“There is frustration that you are with this person, and yet it is not them even if deep-down the essence of them is still there.” There is also the frustration at the loss of personal identity as one becomes a care-giver. “There is a huge amount of physical emotional and financial stress that is put on carers in Ireland. They become these non-entities, because they give up so much of their own lives.”

Perhaps his greatest fear is of himself forgetting and being forgotten. He recalls being at a launch of Dublin Dance Festival and, at the moment of introducing somebody, struggling to remember their name. “Thirty seconds later, of course, I remembered. But it happened three times and I had to leave. I was convinced that I was losing my memory. And that hypochondriacal response can easily set in if you are dealing with dementia. You start to doubt yourself.”

Mamafesta Memorialising became an exercise in memory. Initial rehearsals were alone in Paris, where he made himself create 60 gestures a day. These were simple but unrelated, so that together they became complicated to remember. By the time he was joined by his two other dancers – Kevin Coquelard and Julien Gallee Ferre – he had created 1,200 gestures, which they needed to learn. “They hated me for a while! But that was the first part of the choreographic process. To give myself base material.”

Teaching the dancers his own material mirrored his investigations into the reliability of memories. By learning the movement the dancers also were engaging in a kind of physical Chinese Whispers. How true is that movement to the original? Will the dancers remember it in a different way?

“Earlier, I spoke about the old Dublin Dance Centre being in this room. I have a very clear picture in my head about that day as I speak now. We were herded in, and there was a hole in the floor in the corner. But is that memory reliable?

“I had an interesting experience during the summer. I was with a couple, one of whom is a vegetarian. I was teasing him about back in the 1990s when we shared an apartment and I saw him by the fridge eating ham out of a packet. And his partner said: ‘Philip, that was me. I told you that story.’ But I had totally appropriated the memory.”

Mamafesta Memorialising is a co-production of Cork Opera House and Klap - Maison pour la Danse in Marseille, and since Connaughton speaks a lot in his work there was a worry that French audiences would miss nuances, even with his good command of the language. Moreover this text is delivered mostly off-the-cuff, more like a chat with the audience rather than a memorised script.

“I thought it was better for the two French dancers to speak, so they became Philip telling the story. We all became Philip. At one stage I thought: ‘Am I a megalomaniac choreographer that wants everything to be about me me me?’ But in the end of the piece it becomes clear why that is the case. It’s about not being forgotten and being angry and afraid.”

Others telling his story changes the dynamic with the audiences. Some stories are very personal and, from the mouths of others allow the public to listen to the facts without reacting to Connaughton as an individual. He is nevertheless happy to be performing in Ireland, where he is confident that nothing will be lost in translation and the sense of timing telling a story will be easier.

Humour is central to his choreography, even with a subject like dementia.

“I think humour is just the way I see the world,” he says. “I find something funny in everything, maybe not right at that moment. Humour is closer to some existential sadness or madness than crying is. I think that crying is a release. But there is a much finer line between absolute chaos and devastation, and laughing out loud.” Although underestimated, humour is an important valve and a way that people deal with adversity, particular Irish people. “Just because something is funny we put it on the lower intellectual level. Whereas actually between the laughs and between the lines, what is being said is very important.”

Humour can also lull an audience, so that a serious point has an increased impact in the midst of laughter. “Maybe humour for me is directly connected to vulnerability. There is something about being able to laugh at oneself, not taking your self too seriously. And that allows people in.”

Seeing his mother lose her memory made Connaughton question his own identity and how it is an amalgam of the past, present and future. It might be focussed on his own demons, but his mother is still central.

“In caring for my mother, I have had to become intimate with her physicality in her daily life. The way I have had to think about what is best for her in a physical sense, really relates to my choreography. While desperately wanting to make things okay for her, I’m also fascinated with the workings of her brain and the patterns of memory.

“She likes to dance and up until early last year I would get her to do little dance routines and get her to do them. As her dementia developed, I could see certain patterns or structures were disappearing, but then they might return.” This was similar to her speech patterns. “One day I recorded her just chatting away and it was really beautiful. I use it in the show.”

However rich an artistic inspiration, the greatest impact is personal.

“My mother is taking up a large part of my life. I’m so grateful for that because it’s been such an educative process and it has improved my understanding of our relationship.”

Mamafesta Memorialising is at Cork Opera House on February 12th and Project Arts Centre on February 19th to 22nd. Assisted Solo will be part of Dublin Dance Festival in May.