The week’s best theatre: A week of debauchery, chicanery and mayhem 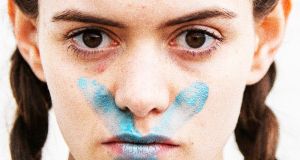 Much Ado About Nothing

Love is a kind of con job in William Shakespeare’s Much Ado About Nothing. In one fairly benevolent plot, two famously sparring antagonists, Beatrice and Benedick, are lured into it against their better, bitter judgement. In a more unsettling plot, love is a kind of delusion that can be easily contaminated, when another lover is malevolently persuaded that his chaste partner is . . . how to put it? A total freak.

Consent, honour, shaming, misogyny, acrid rumour mongering? Shakespeare always knew how to complicate a romantic comedy. Now Rough Magic, delivering its second Shakespearean production for Kilkenny Arts Festival, invites these squabbling, scheming characters to settle their differences in the time-honoured fashion: by stepping outside. Outdoor Shakespeare has long been a favourite element of KAF’s theatre programme and now director and adaptor Ronan Phelan brings his reconceived version of the play, a whirl of verbal jousting and hustled affection, to the decking of a deluxe mobile home.

Here Clare Barrett’s archly transformed Leonata (Leonato in the original) leads the ensemble in a week-long gathering of debauchery, chicanery and mayhem. Love might just be an illusion, the theatricality of the play tells us, but it’s better than all the others.

In the late 1860s, the parish priest of Callan, in Co Kilkenny, invited an order of French nuns to found a convent and school in his parish, before seeking permission from his bishop.

Subsequently denied that permission, and soon suspended, Fr Robert O’Keeffe took the unusual step of suing the bishop, together with several other members of the diocese for libel. As the Irish civil administration was brought into the political fiasco, and the debate later found the House of Commons, a case of humanity against ideological dogma became an enduring legend.

In 1971, Thomas Kilroy took the history as inspiration for his celebrated novel The Big Chapel, a multi-character work of private anguish, haunted conscience, rash response, helpless inaction and panoramic detail.

Now Asylum Productions and Kilkenny Arts Festival, supported by the Abbey Theatre, stage a radical adaptation of the fiction, but return it to the location of the original story in Callan. Writer John Morton, designer Medh Lambert and director Donal Gallagher return the story to the people of Callan, using Callan itself as the stage for a two-hour promenade performance. It should be an education.