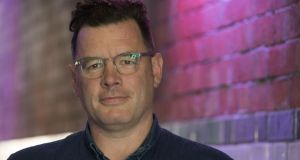 Director of the Dublin Theatre Festival Willie White: ‘It is getting more and more difficult to make art in the city. . . There are fewer theatres in Dublin than 20 years ago, studios are closing and clubnights are disappearing. Photograph: Dave Meehan/The Irish Times

It is getting more and more difficult to make art in Dublin city, Dublin Theatre Festival artistic director Willie White has said.

Speaking at the launch of the line-up for the September festival, he made a plea for more venues and diversity.

“Our festival celebrates the collective experience of live performance and contributes to the social and cultural life of Dublin,” said White.

“However, it is getting more and more difficult to make art in the city. The landscape is changing all around us. There are fewer theatres in Dublin than 20 years ago, studios are closing and clubnights are disappearing.”

It was time “to speak up for Dublin” to ensure it continues to be “diverse, creative and inspiring. We will get the city we ask for, and I would like one that is made for people and for the future.”

A children’s show was chosen to announce this year’s Dublin Theatre Festival (DTF), presenting 30 Irish and international shows over 18 days from September 26th.

DTF is “elevating” the position of young people’s theatre in its programme, said White. “Children’s theatre is just theatre.”

Photos for The Haircut (a world premiere from Wayne Jordan and Tom Lane, commissioned by The Ark) were set up under the Gaiety Theatre’s portico, sheltered from torrential summer rain.

White joked; “I hate having my photo taken so I delegated to a younger, better-looking generation”.

That generation included his own children Molly (7) and Cuan (12) as well as Kaelan Musi (11), the latter two from the Ark’s Children’s Council, which advised on the new show, one of four children’s plays at the Ark.

Also at the photocall was Eloïse Stevenson who plays Pegeen Mike in a new The Playboy of the Western World at the Gaiety, a DTF/Lyric Theatre coproduction.

A new generation has never seen a major production of Synge’s classic, White comments, and its young director Oonagh Murphy has said it will have “no turf and no shawls”.

The festival includes several other Irish productions that are world premieres: Fishamble’s The Alternative by Michael Patrick and Oisín Kearney; Decadent’s A Love Like That by Billy Roche; two at the Abbey – a live redubbing of the Pier Paolo Pasolini’s controversial film Saló or the 120 Days of Sodom from Dylan Tighe, and Last Orders At The Dockside by Dermot Bolger; and three Gate premieres – The Beacon by Nancy Harris from Druid, Faultline from ANU Productions, and Beckett’s Room by Dead Centre with Mark Halloran.

Also at the festival are Rough Magic’s Irish premiere of Marina Carr’s Hecuba; The Sleepwalkers from Pan Pan and Dublin Youth Theatre; and Ray Scannell’s The Bluffer’s Guide to Suburbia. dublintheatrefestival.ie