Dublin Fringe Festival: A palatable tasting menu but the scattered folk memories of Irish cuisine leave you hungry for substance 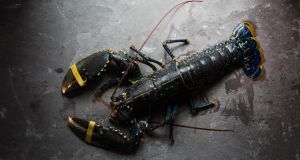 More litany than elucidation, the phrase salad of the text (“Grandmother’s apple tart!” “White fish on a Friday!” “Catholics and Protestants!”) conveys the naïve allegro of childhood. That this is also the tone of performance becomes as cloying as grandmother’s blackberry jam. Director Romana Testasecca thickens the sense of Irish kitsch, in a space abounding with religious iconography, a surreal spread of sliced pan and piles of potatoes. But darker ruminations regarding famine mentality, domestic trauma and mental anguish feel as scattered as a garnish. The food is sustaining, but the play is a little undercooked.

Runs as part of the Dublin Fringe Festival until Wednesday, September 18th