CoisCéim dancer was ‘a performer of extreme passion and talent’ 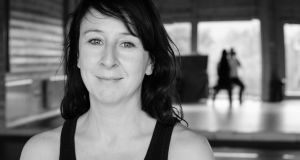 Emma O’Kane, dancer and choreographer, who was a core member of CoisCéim Dance Theatre for two decades, has died after a short illness, aged 44.

O’Kane also performed with many other Irish companies and venues, including Fishamble, Anu, Project Arts, the Abbey, and on RTE.

A member of both CoisCéim Dance Theatre (since 2001) and Project Arts Centre, O’Kane was born in Belfast and grew up in Dublin. She trained at the Perm State Choreographic Academy, Russia and more recently was awarded a first class honours MA in Dance from the University of Limerick.

Among her last performances were in CoisCéim’s Francis Footwork, an inventive and infectious dance show for children which toured Ireland in November 2019, and a filmed dance piece in June 2020, John Scott’s Dancer from the Dance, with Muirne Bloomer.

Her longtime colleague and friend, artistic director David Bolger announced on Wednesday on CoisCéim’s social media, “with profound and heavy hearts”, the death of “a performer of extreme passion and talent”.

He said “Emma brought her beauty and skill to so many of our productions and is part of the fabric of who we are. When you walked into a rehearsal room with Emma, you felt safe and secure to explore anything. She was fearless. Emma’s dancing was unique and spiritual. She could light up any room or stage simply by making an entrance. Emma was effortless in her ability to capture an audience and bring them on existential journeys, which were profound, honest and transformative. Emma was a stalwart and trailblazer. But most of all Emma was an extraordinary human being. Joyous, loving, and had a great sense of humour. To say we are heartbroken doesn’t even express our sadness.”

He said “ The light is dimmer on our stages and the sky shines brighter with its latest star.”

A dance artist, choreographer, performer and teacher, O’Kane toured Australia with The Wolf and Peter, and Dance Europe voted her Outstanding Dancer Of The Year for her performance in CoisCéim’s Faun in 2010. Other noteworthy performances include The Sin Eaters with Anu Productions at Dublin Theatre Festival, These Rooms and Falling Out of Standing (ANU/CoisCéim), Centenary (RTÉ) and The Dead (Abbey Theatre). She choreographed Pat Kinevane’s Underneath for Fishamble, GPO commissioned her solo 160 Voices for Dublin Dance Festival, and she choreographed Silent Moves, a film by Aideen Barry which won Modern Ireland in 100 Artworks 2015.

O’Kane is survived by her mother, Joy, brother Nick and sister, Lidia.

There was widespread sadness at the news in the theatre and dance communities, and many posted their memories, condolences and sadness on social media.

The Project Arts team posted that “Emma was an extraordinary artist, leader and friend. She leaves behind a long legacy of incredible dance and theatre performances on stages across the globe.” Fishamble: The New Play Company was “so very sad to hear about the death of our beautiful colleague and friend Emma O’Kane. A wonderful person, and amazing artist, we are honoured to have worked with her on Invitation to a Journey, Underneath, and Before.”

DublinDanceFestival was “heartbroken” and said “her absence will be felt deeply, but the power, passion and inspiration of her work and her life will continue to bring joy to so many of us”.

The Arts Council expressed sadness at her death, and the Abbey Theatre called her “ a talented artist and a pleasure to work with.”

Irish Times dance critic Michael Seaver said she was “A wonderful dancer and artist, she made such a contribution to our stages through her own creations and the works of CoisCeim. Off-stage she was just as engaging, warm and funny.”

Dublin Theatre Festival director Willie White described her as “such a great person and artist. She was talented, warm, funny, and strong and will be terribly missed by her family and all who worked with and knew her.”

Actor Rory Nolan as “so brokenhearted”. O’Kane was “just so amazing in so many ways and I just can’t believe it. Thinking of all the joy she brought us and all the craic I had with her.”

Thisispopbaby said it mourned “the loss of a great friend & incredible artist”, posting a photo that “sums Emma’s spirit up perfectly!” of her and Muirne Bloomer performing their Ballet Ruse at 2am to a rowdy crowd at Elec Picnic 2009. “It was an unforgettable magic moment.”

Mermaid Arts Centre said she was “a truly special artist who had been working with us recently as Wicklow dance artist in residence”.

Brokentalkers posted that her death was “heartbreaking. Jesus she was great craic and an amazing artist”.

Dr Niamh Shaw said it was “a huge loss for Irish contemporary arts. One of our finest dancers and choreographers whose heart shone brightly on and off-stage.” Theatre director Jimmy Fay described her as “outstanding in every way. So warm and kind and adventurous.”.