When it came to putting on a show, John Reynolds was a visionary

His death has shocked the countless people who partied in his clubs, blagged their way on to his guest list, and danced at his festivals 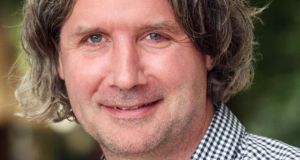 John Reynolds, who was found dead at his home in Milltown in Dublin on Thursday, was one of the most influential music promoters and club owners of his generation.

The 52-year-old, a nephew of the former taoiseach Albert Reynolds – another music promoter, with a dance-hall empire that stretched from Longford to Limerick – revolutionised Dublin clubbing by opening Pod, on Harcourt Street, changed the music-festival landscape forever by founding Electric Picnic, and was instrumental in launching one of the most successful boy bands of all time, Boyzone.

The impact of Reynolds’s vision for dance floors indoors and outdoors has been felt by hundreds of thousands of people across Ireland. Along with Pod, the Chocolate Bar, Red Box, Crawdaddy and Tripod – all in the Pod complex – plus Electric Picnic and Metropolis, he founded the All Together Now festival, opened the club Spy, on South William Street in Dublin, brought the Homelands festival to Mosney, in Co Meath, ran countless one-off outdoor concerts, was involved in the Button Factory venue, in Temple Bar, opened the Market Bar in Dublin, and was part of a group that opened the Bellinter House boutique hotel, in Co Meath. There were other festivals, too, Garden Party, Forbidden Fruit and Midlands Music Festival among them. But the biggest reverberations were produced by Pod, Red Box and Electric Picnic.

Reynolds’s Pod nightclub excelled at the art of the door policy, creating a sense of exclusivity and excitement when it opened, in 1993, in the old Harcourt Street railway station

When it came to putting on shows, Reynolds was a visionary. Some of that vision was unique and ahead of its time; other aspects were the result of his keen eye, seeing what worked elsewhere and bringing it to Irish clubs and fields. The inspiration for Boyzone, for example, came after Reynolds and Louis Walsh saw Take That perform at the Point Depot, now 3Arena, in Dublin.

Pod, which focused on electronic music, excelled at the art of the door policy, creating a sense of exclusivity and excitement when it opened, in 1993, in the old Harcourt Street railway station. A year later the Kitchen opened in the basement of the Clarence Hotel, in Temple Bar. The two clubs would bookend a city steeped in house music and techno at the time. Pod was also an important part of Dublin’s gay scene, with Red Box hosting the Alternative Miss Ireland pageant in the 1990s, along with the legendary Powderbubble party.

Electric Picnic began as a one-day event in 2004, expanding to two days in 2005. Reynolds oversaw some seminal gigs on the Stradbally site, in Co Laois, including Arcade Fire’s 2005 performance, which is frequently cited as the moment the Canadian band tipped over into mainstream success. That line-up also featured Kraftwerk and LCD Soundsystem.

Reynolds’s business life was characterised by the rough and tumble of competition, the complicated economics of gigs, and the rocky legal terrain that can surround both

By 2006 the festival had solidified its reputation as the coolest outdoor party in the country, with a focus on an eclectic bill, as well as aspects of other festivals that have now also become the norm in Ireland, such as art installations, holistic treatments and talks. The festival also incubated Body & Soul, which was then just an area of Electric Picnic but is now a standalone festival in its own right.

In those early years, before MCD and Festival Republic took over, and the Picnic had drifted away from him, Reynolds was always around Stradbally, speeding across the festival site on a golf buggy, two-way radio or phone in hand, his straggly, chin-length salt-and-pepper hair flying.

With success and failures, sure things and risks, Reynolds’s business life was also characterised by the rough and tumble of competition, the complicated economics of gigs, and the rocky legal terrain that can surround both. Pod Concerts, the gig-promoting arm of his company, went into liquidation in 2009. A protracted dispute about the transfer of the lease of the Pod nightclub resulted in the High Court upholding, in 2017, a decision to award him damages of nearly €700,000.

Reynolds launched the Metropolis festival in 2015, focusing with mixed success on the risky concept of an indoor festival at the time of year when autumn turns into winter. This year felt like yet another new chapter for him when Reynolds launched All Together Now, at Curraghmore Estate in Waterford. The event was a hit with a generally older crowd who had grown up within Reynolds’s entertainment infrastructure, whether they were aware of it or not.

His death on Thursday shocked DJs, promoters, the wider music industry and the countless people who stood at the side of his stages, took cash at his nightclub box offices, poured pints behind his bars, played his shows, handed out his flyers, argued over fees, partied in his venues, hitched rides on his buggy, blagged their way on to his guest lists, booked his acts, and danced and sang at events he concocted out of sheer will and ambition.

But perhaps few of them knew the man well, as Reynolds, despite his profile, influence and wide business interests, remained something of an enigma to many. Countless people were affected by his drive in some way. For them his death is seismic, premature and the end of an era that had so many chapters. His family say Metropolis will go ahead as planned this weekend, at the RDS in Dublin. The show must go on.