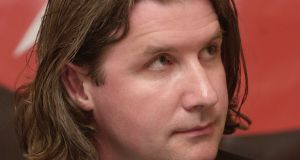 Concert promoter John Reynolds has died suddenly at his home in Dublin.

The 52-year-old from Co Longford, a nephew of former Fianna Fáil taoiseach Albert Reynolds, was found dead in his apartment in Milltown, south Dublin, on Thursday evening.

In a statement, his family confirmed he had died. “It is with great sadness that the Reynolds family confirm the sudden death of John Reynolds of POD this evening,” it said.

Mr Reynolds followed in the footsteps of his father Jim Reynolds and his uncle Albert Reynolds, who ran a dance hall and country and western music empire across the country.

Very sad to hear of John Reynolds passing. He was a really good guy who put on so many amazing events - starting @EPfestival 14 years ago, then @ForbiddenFFest , Altogether now and this wkends Metropolis fest. RIP John https://t.co/v04qp0TVly

Mr Reynolds was best known for setting up the Electric Picnic music festival and for once owning POD nightclub on Harcourt Street.

He attended school at Castleknock College, then studied at Trinity College, where his extracurricular activities included putting on gigs in McGonagles, a venue on South Anne Street.

When a young booking agent Louis Walsh had the idea to form an Irish Take That, Mr Reynolds gave £10,000 towards the project that led to Boyzone being formed.

When he staged Electric Picnic for the first time in 2004 it was a new festival experience for Irish concertgoers. The event, held in Stradbally Hall, Co Laois, was billed as a “boutique” festival, and ran for just one day.

In 2014, Mr Reynolds’s company settled a legal action against Festival Republic, Dublin, the company operating Electric Picnic. Mr Reynolds alleged he was excluded from a range of issues concerning the handling of the festival.