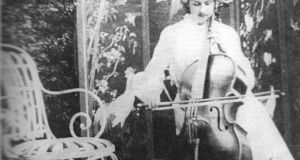 The National Concert Hall’s Chamber Music Gathering brings together musicians from across the generations for a new year bash. The three concerts, each of which eschews works by women in favour of works by dead men, are spread over three performing spaces. The NCH’s Kevin Barry Recital Room at 11am is the venue for Beethoven’s String Quintet in C and Glazunov’s String Quintet in A, with completely different line-ups in each work. The NCH Studio has Schubert’s Octet and Rimsky-Korsakov’s String Sextet in A at 1pm. And the final concert, of Mozart’s String Quintet in D, K593, Hindemith’s Clarinet Quintet and Tchaikovsky’s Souvenir de Florence, is in the Newman University Church on St Stephen’s Green at 4.30pm.

RTÉ NSO/George Jackson National Concert Hall, Newman University Church, Dublin; nch.ie The RTÉ National Symphony Orchestra’s latest all-Irish programme is a sort of musical sandwich, with the most-often played works, by Brian Boydell and Charles Villiers Stanford, surrounding the little-known filling, by Ina Boyle. Boydell’s In Memoriam Mahatma Gandhi is by some distance his best-known orchestral work. The composer’s own copy of the score is annotated with a record of early performances, two in Dublin by the then Radio Éireann Symphony Orchestra in 1948, with further repeats in 1951 and 1953, followed by Geneva and Gothenburg in 1943, Paris in 1954, and Canada in 1955. Stanford’s Irish Symphony, his Third, was of enough interest in the early 20th century for Mahler to have programmed it with the New York Philharmonic Orchestra. Boyle’s rapidly rising posthumous reputation is reflected in the inclusion of her Elegy (1913) and Psalm (1927), both for cello — her own instrument — and orchestra. The soloist is Martin Johnson, George Jackson conducts, and the concert starts at 7.30pm.