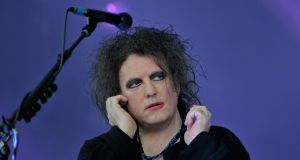 Folk, new wave, hip-hop, R&B, rap-rock, heavy metal and good old-fashioned rock ’n’ roll are among the many genres (and subgenres) represented by the latest shortlist of nominees for induction into the ever-broadening Rock & Roll Hall of Fame.

Stevie Nicks (already an inductee as a member of Fleetwood Mac), Def Leppard, John Prine, Roxy Music, Devo and Todd Rundgren are the first-time nominees for the 2019 class, it was announced Tuesday, joining a more diverse selection of returning acts who have not made the final cut, including Janet Jackson, Radiohead, The Cure and Rage Against the Machine.

Rapper LL Cool J was nominated for a fifth time and would become the seventh hip-hop act inducted, the first since Tupac Shakur in the class of 2017. Others who have been passed over before and were granted another chance: Kraftwerk (four previous nominations); MC5 (three); the Zombies (three); Rufus featuring Chaka Khan (two); and the Cure (one).

Radiohead were among 2018’s potential inductees, but declined to attend the ceremony. The band’s guitarist, Ed O’Brien, said at the time: “As a British band, it’s one of those things that it’s very lovely to be nominated, but we don’t quite culturally understand it. It’s a very American thing. Us Brits are very bad at celebrating ourselves.”

A mostly opaque nominating committee decides on the Rock Hall shortlist every year; artists become eligible for nomination 25 years after the release of their first recording. Ballots are then sent to an international voting body of more than 1,000 artists, historians and music industry figures who consider “an artist’s musical influence on other artists, length and depth of career and the body of work, innovation and superiority in style and technique,” the Rock Hall said. A fan ballot will also be available online and in person at the Rock Hall’s museum in Cleveland.

The final list of inductees, which typically numbers five artists, is announced in December. The 2019 induction ceremony is scheduled for March 29th at the Barclays Center in New York City. Excerpts from the show will be broadcast later by HBO and SiriusXM radio.

In recent years, the Rock Hall has expanded its definition of rock ’n’ roll following criticism about its lack of racial, gender and artistic diversity. This year’s inductees included two black women – Nina Simone and Sister Rosetta Tharpe, who received the Award for Early Influence – although no living women or people of colour were featured. Bon Jovi, the Cars, Dire Straits and the Moody Blues rounded out the group.

There are likely to be complaints from the US about the Hall’s perceived snubs – artists including Björk, Kate Bush, Roberta Flack, Whitney Houston, Depeche Mode, Kate Bush, the Monkees and Chic are considered overdue for induction. The ceremony holds great significance in the American music industry, but does not command similar significance in the UK.

Of the 15 new nominees, three acts are led by women and four prominently feature people of color. – New Your Times, Guardian