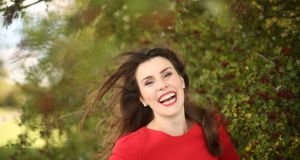 Tchaikovsky left seven symphonies. But he didn’t actually compose the Seventh Symphony that the RTÉ National Symphony Orchestra (NSO) played under Thomas Kemp last Friday. The seven he completed were the series numbered from one to six and the standalone Manfred Symphony.

The composer worked on a Symphony in E flat in 1892, when his plan was for a programmatic work with the title Life. He noted, “First part– all impulsive passion, confidence, thirst for activity. Must be short (the finale death – result of collapse). Second part love: third disappointments; fourth ends dying away (also short).”

But he was not happy with his work and some time after he had the whole piece sketched, he wrote to his nephew, Bob Davidov, “It’s composed simply for the sake of composing something; there’s nothing at all interesting or sympathetic in it.”  He didn’t, however, ditch his rejected symphony entirely.

He adapted and recycled its first movement as the now rarely heard, single-movement Piano Concerto No 3, which Barry Douglas played with the NSO in 2017. And after his death, his fellow composer, friend and former pupil, Sergei Taneyev, reworked material intended for the symphony and concerto as a two-movement Andante and Finale for piano and orchestra.

What the NSO offered was the early 1950s reconstruction by Russian scholar Semyon Bogatyrev (1890-1960), who played an important role in music education in his native Kharkiv, and later at the Moscow Conservatory.   Bogatyrev worked with original and recycled material by Tchaikovsky and the re-fashioned piano and orchestra movements by Taneyev.

But he was still a movement short, and he orchestrated a Scherzo-fantaisie from Tchaikovsky’s Eighteen Pieces for piano, Op 72. His completion was first performed in Moscow in 1957 and, the Cold War notwithstanding, first recorded in 1962 by the Philadelphia Orchestra under Eugene Ormandy.

Bogatyrev managed a well-sustained Tchaikovskian flavour in his reconstruction but didn’t get over the most obvious hurdle that any reworking of this material as a symphony has to face. Its main competition comes from the very contrasted symphonies of Tchaikovsky that preceded and followed it, the Fifth and the Pathétique, two of the most popular works of the entire symphonic repertoire. And in this company it simply doesn’t cut the mustard.

Tchaikovsky scholar David Brown gave the work a blistering put-down, saying “the piece remains faceless, giving not the slightest hint of the blazing originality and shattering expressive force of the symphony yet to come.”  I can see where he’s coming from. But it was interesting to hear the piece in concert and, surprisingly, it turned out to be the most rewarding item on Friday’s programme. Conductor Thomas Kemp reined in the vulgarity he had unleashed on Sibelius’s Finlandia through the blaring of the heavy brass, and found an apt sense of fantasy in the Scherzo. The rare outing for Beethoven’s Triple Concerto was, unfortunately, undermined by the reticent and dutiful playing of the Fidelio Trio.

A day earlier the National Concert Hall’s first Female Composer Series in conjunction with Sounding the Feminists came to an end with a cello and piano programme from Miriam Roycroft (cello) and Lance Coburn (piano).   There were five works on offer, four cello sonatas – by Louise Farrenc, Ethel Smyth, Luise Adolpha LeBeau and Henriëtte Bosmans – and a piano solo, the April Preludes by Vitezslava Kapralova.

Congratulations to anyone who has heard all of these composers in concert before, I’ve only managed to hear two, Farrenc and Smyth, though I have come across the others in recordings.   The best was kept to the end, for the Bosmans’s Cello Sonata of 1919, a work that’s at once imposing and lyrical, though the music would have benefitted from a less forced delivery from both players.   The Female Composer Series, like the National Concert Hall’s smaller-scale recitals in general, has been a mixed bag.

The hall’s chief executive Simon Taylor has yet to put the money where his mouth is when it comes to this series. The documentation of ground-breaking Female Composer Series is, frankly, appalling.   The five composers of Thursday’s concert shared 18 lines of biography between them. There were no notes about the music. Yet the performers were given over 50 lines.

There is no way this can be regarded as acceptable from the country’s leading music venue. And in year one of what’s going to be a five-year project, the performance standard was seriously variable.

It’s patently obvious that these composers need stronger advocacy than well-known names. But that has singularly not been achieved in the opening series. This is a seriously hard nut to crack, but it genuinely looks as if easy options have been taken. It would benefit the composers much more to have had fewer concerts of higher playing standard with proper documentation than the mix that was presented this year.

Performing standards were not an issue when the Belfast vocal ensemble Sestina joined forces with the Irish Baroque Orchestra under Peter Whelan for Handel’s Esther, the composer’s first English oratorio, at Christ Church Cathedral on Saturday.

This was a performance with spark and sensitivity. Soprano Anna Devin as Esther and tenor Jorge Navarro Colorado as Assueras were in commanding form. Singers from Sestina took the smaller parts.

The choir provided singing of real fibre in the choruses. And Peter Whelan was an always invigorating conductor. And the music is first-rate. That such a work by Handel can be so neglected is an indication of the uphill struggle that the Bosmanses of the world are still facing into.