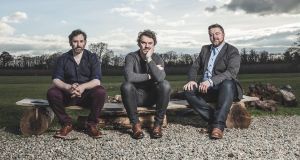 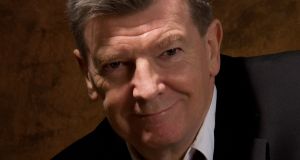 The Gathering
Gleneagle Hotel, Killarney
This annual festival keeps upping the ante in its programming, luring the most innovative artists to the Kingdom. In concert tonight in the Inec club are Maighread and Tríona Ní Dhomhnaill; Andy Irvine and Dónal Lunny; Jackie Daly, Matt Cranitch and Paul De Grae; and Caoimhe and Éimhear Flannery; followed by The Shandrum Céilí Band. Tomorrow afternoon the inimitable Kevin Burke will headline a fiddle recital, and will be joined by Matt Cranitch, Áine and Connie O’Connell and friends. Later the closing concert will feature Backwest, with support from west Kerry box player and singer Méabh Ní Bheaglaoich and Matt Griffin.

Kern
The Four Provinces, Kimmage
This trio of musicians continue to tour their new album The Left & The Leaving. With Barry Kieran on fiddle, Brendan McCreanor on uilleann pipes and songwriter SJ McArdle on guitar and vocals. Bringing tight arrangements and a spirit of adventure to their distinctive sound: a welcome addition to this new venue on the south side of the city.

Caoimhín Ó Raghallaigh
Sirius Arts Centre, Cobh, Co Cork
Ó Raghallaigh, prolific artist and fine exponent of the Hardanger fiddle, sets aside his collaborations with The Gloaming, Thomas Bartlett, This Is How We Fly, Dan Trueman and many others, for a solo performance tonight. Bringing improvisation to a whole new level, he grounds his playing in a deep understanding of our tradition.

An Góilín Singers Club
Teacher’s Club, Dublin
The reinvigoration of our song tradition, as we’re witnessing through the music of Lisa O’Neill, Lankum and others, can be traced back to singing clubs such as this one in the heart of Dublin. Meeting weekly, come rain or come shine, club stalwarts, including Jerry O’Reilly, Máire Ní Chróinín, Eilish Kennedy, Mick Keeley, Antaine Ó Faracháin, Frank Nugent and Fergus Russell have always kept their door wide open and their welcome unequivocal for singers of songs in any language, and for listeners eager to hear where the songs might take them.

Gatehouse with guests Alan Kelly & Michael McCague
Ionad Cultúrtha, Ballyvourney
Flute and whistle player John Wynne reconvenes with long-time collaborator, fiddle player John McEvoy, along with Jacinta McEvoy on piano and guitar and vocalist Rachel McGarvey. The four-piece have made quite a stir with their first two albums, Tús Nua and Heather down the moor. Tonight they’ll be joined by Roscommon piano accordionist, Alan Kelly and guitarist Michael McCague. A formidable gathering of fine musicians.

The movie quiz: how many best picture Oscars has Disney won?
10