The best classical concerts and opera this week

You can see Killian Farrell, Yannis Kyriakides, the Irish Baroque Orchestra and the Sestina choir 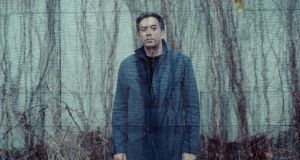 Ulster Orchestra/Killian Farrell
Ulster Hall , Belfast
Dublin conductor Killian Farrell, who is currently working at Germany’s Theater Bremen, makes his Ulster Orchestra debut in an All-German lunchtime programme. There are just three works in the concert, which has a 12.30pm starting time. The overture to Humperdinck’s Hansel and Gretel is followed by Wagner’s Siegfried Idyll. And the programme ends with the lusciously Viennese Waltz Sequence No 2 from Richard Strauss’s Der Rosenkavalier.

Messiah
National Opera House , Wexford
This year the Irish Baroque Orchestra is teaming up with the Belfast choir Sestina for its annual sequence of performances of Handel’s Messiah. The soloists are Emma Morwood (soprano), Rachel Kelly (mezzo-soprano), Anthony Gregory (tenor) and Edward Grint (bass), and the orchestra’s own artistic director, Peter Whelan, conducts.

After the opening concert at the National Opera House, Wexford, the further performances are at St Patrick’s Cathedral, Dublin (Friday) and Galway Cathedral (Saturday).

the buffer zone
Unit 3, DCC Incubation Space , 5 James Joyce Street, Dublin
Netherlands-based Cypriot composer Yannis Kyriakides describes the buffer zone as “an audio-visual work that explores boundaries of separation”. The piece was inspired by the UN Buffer Zone in Cyprus, and gets its Irish premiere from Kirkos Ensemble as part of the group’s residence at the DCC Incubation Space in Dublin. Kirkos says the audience “will be immersed in a multisensory experience while taken on a journey through this mental and physical limbo”. The work will have three performances, Friday, Saturday, and Sunday, each of them starting at 7pm

The piece, inspired by the work of Clara Schumann, is a co-commission by the RTÉ NSO and the Los Angeles Chamber Orchestra and Gävle Symphony Orchestra, where the conductor also holds orchestral posts. The young Jamaica-born violinist Ellinor D’Melon is the soloist in Tchaikovsky’s Violin Concerto and the concert ends with Berlioz’s Symphonie fantastique. The concert starts at 7.30pm