22, sung by Sarah McTernan, scored just 16 points and finished bottom in the semi-finals 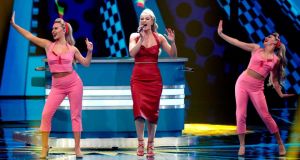 Ireland didn’t quite score nul points in the 2019 Eurovision Song Contest, but it may as well have.

The Irish entry, 22, sung by Sarah McTernan, came away with just 16 points from the combined jury and public vote in last Thursday’s second semi-final, in Tel Aviv. The song’s tally – the lowest in either semi-final – was matched only by the votes earned in the final, on Saturday night, by Bigger Than Us, the United Kingdom’s entry, sung by Michael Rice.

Ireland received three points from UK viewers, eight points from the Italian jury and five points  from the Moldovan jury.

The next lowest-scoring countries in the semi-finals were Austria, which earned 21 points for Limits, sung by Paenda, and Finland, whose entry, Look Away, sung by Darude with Sebastian Rejman, came away with 23 points.

The highest semi-final scorers were the Netherlands, with 280 points, and Australia, with 261 points. Australia’s song, Zero Gravity, sung by Kate Miller-Heidke, went on to score 285 points in the final, finishing ninth. The Netherlands won this year’s contest with 492 points, for Arcade, sung by Duncan Laurence.