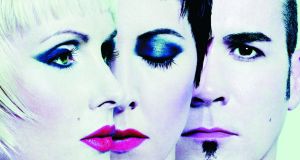 No one could have predicted the surprise TV smash of last Christmas that got everyone talking – after all, the surprisingly moving (and hilarious) documentary Bros: After the Screaming Stops originally aired on BBC4 in a godforsaken time slot. Whatever about the compelling dynamic between Luke and Matt Goss, its success proves one thing: in pop culture, nostalgia is 24-carat catnip. The embers of affection we once had for teen idols can last for decades.

It’s said that you’ll never love music quite the way you did when you were 16, and that the records you adored as a teenager will stay with you for ever. That’s very much the case for Cork-based vet Sharon Alston, who was a rabid pop fan during her formative years in the 1980s. In fact, such is her love for the decade’s musical offerings that she has organised Forever Young, a festival celebrating the great, the good (and, some might say, the long-forgotten) from that decade.

The nostalgia festival genre is already doing brisk business in the UK: the popular Rewind festival, featuring a line-up of 1980s artists that run from the jolly to the jowly, is now in its 11th year. At Butlin’s resorts in Skegness, Bognor Regis and Minehead, dedicated music weekends routinely pay homage to the 2000s, 1990s, Ibiza legends, disco, soul and Britpop. The festivals become an idyll for long-forgotten music tribes, and the vibes are decidedly misty-eyed and cuddly. For better or worse, it’s about recreating the 1970s, 1980s or 1990s virtually in real time.

“I remember going to Rewind in the beginning and a few people would dress up for fun, yet by year three, if you didn’t see people dressed up it was a rarity,” Alston recalls. “You’d see guys dressed as ET, in Top Gun costumes or as Madonna or whoopee cushions. The more you buy into it, the more it pays back and you ride the vibe a bit higher. You come out thinking, ‘That was the best weekend of my life so far’.

“When I went to Rewind I really felt like I’d died and gone to heaven – we didn’t have festivals in the 1980s apart from Live Aid, and I wasn’t there, or Glastonbury, which was a hippy festival. Now it’s our time to get out into the field. I’m putting it out there: ‘Come be a teenager again’.”

It will be a step back in time, albeit with a decidedly modern twist: Alston is adamant that the festival be as carbon-neutral as possible. “The water comes in biodegradable bottles, for example,” she reveals. “It costs more, but we want to do things right.”

The festival is also raising funds for a charity Alston is in the process of setting up – Music for Animal Welfare, an initiative for which she, a freelance animal orthopaedic surgeon, has partnered with the ISPCA.

Musically, Forever Young is taking a leaf out of Rewind’s playbook, and Alston has conceded that the latter’s founder, David Hartfield, has done much of the spade work for her in unearthing many sunken treasures. Hartfield opened up his little black book and showed Alston the ropes, pointing out who might be amenable to a latter-day live outing.

The resulting bill is a mixed bag: Naas-bound nostalgia fans will enjoy sets from The Human League, Holly Johnson, Level 42, Kim Wilde, Bonnie Tyler and Marc Almond. There are also a few wild cards in the line-up, from China Crisis and The Christians to Big Country and Toyah. Bringing up the rear are some home-grown names: Cry Before Dawn, Bagatelle, Andrew Strong and Hothouse Flowers.

“I can’t believe a lot of them agreed to play. Some of them you didn’t think you’d ever hear from again,” says Alston. “Cry Before Dawn basically said, ‘we have been waiting for [a festival] like this for so long’.

“You can see the small mistakes that were originally made in Rewind – some people try and come back but can’t any more,” explains Alston. “Not naming any names, but a certain fantastic singer came back after a hard time and playing a few ’80s festivals, but can’t sing to save his life.”

Naysayers might observe that the bill on such events are pockmarked with long-ago-rans that simply dial it in for a hefty paycheque. Alston says this couldn’t be further from the truth.

“Due to the nature of the industry, very few bands can keep up the longevity for that long. A band like The Human League never really went away, but have come back bigger and stronger with a live show because they know they have to compete with upcoming artists, so they really need to up their game.”

“Like everything, the ’80s died a death, and it needed to – when you do that, then it has a chance to be reborn. In the ’90s no-one would be caught dead listening to Spandau Ballet and then in the Noughties it came back in a big way and suddenly everyone’s into Rick Astley again.”

A self-confessed 1980s superfan, Alston had better access to her idols than most as a teenager: “My dad was heavily into music, and as a broker he insured Paul McCartney, so I grew up being taken to several concerts. The decade was such a fantastic period in so many ways; a real time of hedonism and freedom.

“I became a typical teenager. I wrote love letters to Adam Ant, and slept outside the venues that Bon Jovi played in so I could be first in the queue. I’d tell anyone who’d listen that Nik Kershaw was the lyricist of my generation. I’m beginning to hear the same kind of comments from my son, who is eight.”

Referring to the current crop of young pop fans, Alston reckons that her teenage self probably had it a bit better. “I think it’s very sad that the digital platforms have changed music,” she says. “They’ve brought the availability of so many things to teenagers, that they don’t get hooked or obsessed with bands or music so much any more.”

“When you’re passionate about an artist you want to get as close to that entity as possible, and that [level of access] is not necessarily a good thing,” says Alston. “The distance keeps them iconic.

“Thirty years from now, if you tried to do a retro festival, who would you pick?” she adds. “It would be all over the place. You certainly wouldn’t the same sort of feeling or vibe.”