Electric Picnic 2019: Who will be headlining this year’s festival?

Lineup includes Hozier, The Strokes, Billie Eilish, The 1975, and Echo and the Bunnymen 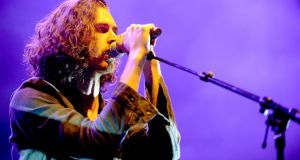 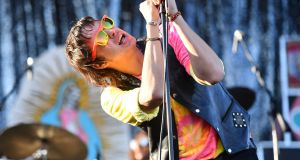 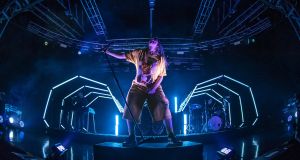 Hozier, The Strokes, Florence and the Machine, and The 1975 have been announced as the headliners of this year’s Electric Picnic festival.

The line-up for the three-day event, which takes place from August 30th to September 1st, was announced this morning at an event held in the leafy surrounds of Urban Plant Life in Dublin.

Noughties indie icons The Strokes will bring their reunion tour to Stradbally while hometown hero Hozier will also headline the festival. The Bray singer-songwriter ought to receive a warm welcome following the success of his latest album Wasteland, Baby! which debuted at number one on the Billboard 200 this week.

The 1975 will bring their synth-soaked anthems to Stradbally while Florence and the Machine will also make a welcome return.

Pop wunderkind Billie Eilish, Christine and the Queens, James Blake and Dermot Kennedy are among the other highly anticipated acts to grace the lineup.

This year’s festival is sold out. Tickets went on sale last December and were all snapped up within 15 minutes. It marked the first time that tickets sold out prior to the lineup being announced.

This, despite the fact that the capacity for this year’s festival has been upped to 57,000.

Organisers have also announced the addition of a new area called Freetown. The area will be located on the pastureland formerly occupied by the Oscar Wilde campsite and will feature an 8,000 capacity stage for electronic and dance acts.

Promoter Melvin Benn praised this year’s lineup as “extraordinary” and one that successfully caters to a wide range of tastes and sensibilities.

“I think this is the best lineup we’ve ever put together and I think there will be an awful lot of people who look at it and think, ‘Oh my God, this is amazing,’” he said. “There will always be one or two people who will have a  beef with it for whatever reason. I would say, just get over it and have a great weekend anyway.”

Was there less pressure given the event had sold out in advance?

“I don’t think it reduces the pressure at all,” Benn told journalists. “In fact, arguably it increases because people are buying into the faith of the team that are putting the picnic together so you want to repay that faith.”

As for whether he felt the competition from rival festivals, Benn was adamant that it wasn’t a consideration.

“We press the refresh button all the time and make it bigger and better all the time,” he said. “That isn't in response to other festivals. That’s born of a desire to keep the Picnic amazing.”

Elsewhere, Benn addressed the elephant in the room: Brexit.  Benn, who is British, joked about wishing to apply for an Irish passport.

“I love being part of Europe. I just think it’s one of the greatest things to have happened, certainly to the UK.”

“Thirty-four per cent of the country voted to leave Europe, not 52 per cent. Even if it was 52 per cent, I don’t think it’s a big enough majority. The idea that something like that should happen on less than 75 per cent seems daft to me anyway. I think it’s driven by Little Englanders who want to go back to the 1950s and hope life is as it used to be.”