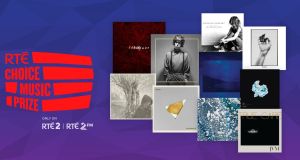 James Vincent McMorrow, Lankum and Marlene Enright are among the nominees for this year’s RTÉ Choice Music Prize, Irish Album of the Year.

Vincent McMorrow’s True Care made the shortlist, announced on Wednesday afternoon, alongside Lankum’s Beneath the Earth and the Sky and Cork singer-songwriter Marlene Enright’s self-released Placemats and Second Cuts.

Dublin hard rock outfit Fangclub also made the cut with their self-titled debut album, as did Otherkin, Fionn Regan and Talos.

New Jackson - From Night to Night (All City) - Read the review

The winner of the prize, awarded by a panel of judges to the best Irish album of the previous calender year, will be announced at the RTÉ Choice Music Prize live event, held in Vicar Street, Dublin on Thursday 8th March 2018.

The winner will receive €10,000, funded by The Irish Music Rights Organisation (IMRO) and The Irish Recorded Music Association (IRMA). You can listen to the entries at the Choice Music Prize site, or on 2fm.ie.

The Choice Music Prize for Irish song of the year 2017 will be announced on Wednesday, January 31st.

Tickets for the Choice Music Prize live event are €28.00 including booking fee, available at Ticketmaster outlets and Ticketmaster.ie.

All Against All: A cautionary tale – and what 1933 can tell us about now
Real news has value SUBSCRIBE