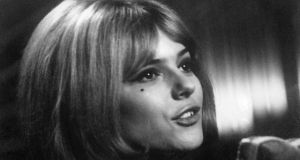 Singer France Gall, whose hits made her an icon of French pop music, has died aged 70.

Gall passed away on Sunday after a two-year struggle against cancer, French media reported.

The news prompted tributes, including from French president Emmanuel Macron, who said on Twitter that “she leaves behind songs that are familiar to all French people and the example of a life devoted to others”.

Gall, whose father penned songs for French greats Edith Piaf and Charles Aznavour, rose to fame as a teenager with help from legendary singer and songwriter Serge Gainsbourg.

They collaborated for the hit Poupée de cire, poupée de son, which won the Eurovision Song Contest for Luxembourg in 1965.

Their relationship soured, however, after another hit, Les Sucettes, embarrassed the young Gall as she failed to grasp the sexual references in the lyrics of the notoriously provocative Gainsbourg.

Gall revived her career in the 1970s with Michel Berger, another influential French songwriter whom she later married and with whom she had two children.

In addition to a string of chart successes into the 1980s, she also took a turn on stage in the hit French-Canadian musical Starmania.

She halted her career in the 1990s following the deaths of Berger and her daughter Pauline. – Reuters