A Dublin rap group have just been booked to headline 3Arena 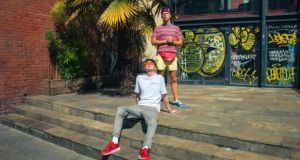 Versatile: tickets will sell quickly for their gig at 3Arena in November

Dublin rap duo Versatile will play in the 3Arena on November 30th, it has been announced.

The group, made up of Casey “Casper” Walsh and Alex “Eskimo Supreme” Sheehan, recently played at the Longitude festival in Marlay Park, Dublin, where they performed on the main stage.

Tickets from €42 including booking fee are on sale from Friday, July 19th at 9am from the Ticketmaster website.

The group previously played Live at the Marquee Cork back in June, and appeared at Electric Picnic last year, where they impressed.

Writing of their performance in Stradbally in The Irish Times, Tony Clayton-Lea wrote that the duo upstaged headliner Kendrick Lamar in a “scorched-earth” performance.