Is it time to hold a wake for ‘woke’? 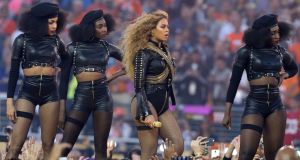 Dab an eye. “Woke” has, in this part of the world, gone the way of “political correctness”. Momentarily a useful borrowing from African-American English, the adjectival application – meaning clued in to social and political justice – is still doing work in its home territories, but, on this side of the Atlantic, “woke” is now invariably brandished with an ironic smirk.

The comparison with “political correctness” is not absolute. (Unless you mimeographed leaflets for a Maoist collective in the 1970s, you have almost certainly never heard “PC” being used sincerely.) But both phrases are now more commonly uttered by aggrieved right-wing blowhards than by their supposed enemies in the world of social justice.

“Oh, I suppose that’s not ‘woke’,” such people say sarcastically to nobody. The phrase “performatively woke” does much the same job as “virtue signalling”: it suggests that the socially responsible target is behaving thus merely for show.

As is the case when “PC” is so used, there is an implication that the performatively unwoke – performatively dozy? – are constantly hearing the ridiculed phrase from censorious liberals. A recent article in the US conservative journal National Review, sighing at political conflicts within the New York Times, was facetiously headlined “The Battle of Woke Island”. If a white person says the word “woke” you can now be fairly certain that he or she is anything but “woke”.

Scholars have dug up possible instances of “woke” from as long ago as the 1940s. In 2008, the singer Erykah Badu used the phrase “I stay woke” as an assertive refrain throughout her song Master Teacher. It was, however, the Black Lives Matter movement that kicked the term above ground. The hashtag #staywoke urged supporters to remain alert to the violent injustices visited upon people of colour.

It is a cousin of “politically aware”, but it is more urgent in its demand for vigilance. If you are unaware you’re merely ignorant. If you’re not woke then you are unconscious.

A powerful, sharp term that once emboldened resistance, the word has increasingly become the tool of whingeing boy-men

There is a standard pattern for the progress of argot into mainstream language. The word lurks on the edges of consciousness until the hitherto unfamiliar bother to look it up. Then it spends a while as a favourite of people who – though perfectly aware of the definition – enjoy aping the attitude of high court judges yet to encounter Mick Jagger. “Woke is a singer with the popular ‘rock and roll’ act The Rolling Stones, M’lud.” You know? Those people. Eventually, the posh newspapers note the word’s arrival as the latest entry in the Oxford English Dictionary.

This happened to “woke” last year and, as you may have guessed, it was celebrated in the Daily Telegraph with a “How woke are you?” quiz. (My responses to questions on the likes of Beyoncé and Kendall Jenner confirmed that I was “very woke”.) The OED told us that “woke” means “alert to racial or social discrimination and injustice”.

In the current century, there is sometimes another ritual to be endured on the path to common acceptance. Those using the word outside its originating social group will be accused of “cultural appropriation”.

Few subjects are quite so contentious. At the offensive end of the spectrum, we have rugby players “blacking up” for the amusement of fellow drunks. At the stupid end, we have Americans dressing up as leprechauns in mid-March.

The adoption of African-American vernacular is in the messy centre, but the strange story of “woke” confirms that there really are dangers in such linguistic slippage.

A powerful, sharp term that once emboldened resistance (and still does in some places), that word has increasingly become the tool of whingeing boy-men who feel that intersectional feminism is turning the modern world into an informal police state.

During the recent abortion referendum, many old fatheads adopted “woke” as a term of abuse for the coming generation of activists. There is more to it than that. The word is slung with particular vehemence at young women. It is slung at young women who are open-minded about trans issues. It is hurled at young women who worry about gender inequality in creative industries. God help any young woman who dyes her hair blue or pierces something other than her earlobe. The haters of young women fling “woke” so violently in that direction that they risk giving themselves hernias.

Every generation grew up rolling eyes at their reactionary elders. The values of that younger generation invariably become the cultural norm. The young became older and, now appalled at what the next batch of youth believes, argued that the world was decaying into folly. Each generation thinks that they are the first to be right about the awfulness of youth. They’re always wrong.

Mind you, I would say that. As the Telegraph confirmed, I’m very woke (and proud of it).

Ah, will you not dump on your new Taoiseach for us? It’s the least you could do
6