Is economics corrupting our idea of human worth?

Unthinkable: Pro-choice author Chris Kaposy warns of ‘elimination of people with Down syndrome’ 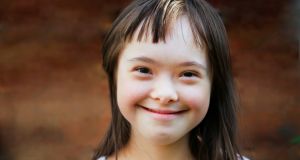 ‘My position is to recommend that people consider parenting a child with Down syndrome, if given the opportunity’. Photograph: iStock

After more than 30 years of contentious abortion referendums, Irish people may wish never to debate abortion again. However, the repeal of the Eighth Amendment – signed into law last month – doesn’t end the discussion. Instead, it moves it on to new ground – raising ethical questions that are more to do with individual conscience and personal morality than criminality.

Choice creates new moral dilemmas, and one of these is: To what extent should parents be influenced by prenatal testing?

Across Europe and North America, the rate at which parents choose to terminate a pregnancy when prenatal tests indicate that the foetus has Down syndrome ranges between 60 per cent and over 90 per cent. There is “something morally disquieting” about these figures, says Chris Kaposy, a Canadian professor of bioethics, who has written sensitively about the “burden” of parental decision-making in a new book Choosing Down Syndrome: Ethics and New Prenatal Testing Technologies (MIT Press).

Kaposy, who is the father of a child with Down syndrome, is concerned about the aggressive marketing of prenatal testing to pregnant women alongside a narrative about disability that is based on “mistaken assumptions, biases” and “unexamined stereotypes”.

Writing from a pro-choice perspective, he says “I agree that pregnant women are the only people who have the morally legitimate authority to exercise control over their bodies”. However, “there is nothing untoward about offering respectful and rational arguments in favour of one choice – bringing a child with Down syndrome into the world – over other choices, such as selective termination”.

Kaposy is this week’s Unthinkable guest.

Is it ethical to abort a foetus because it has Down syndrome?

Chris Kaposy: “I tend not to frame my discussion of this issue in terms of a binary of ‘ethical’ versus ‘unethical’. I start from a pro-choice position with regard to abortion. So by recognising the overall ethical importance of having access to abortion, it would risk inconsistency to argue that some abortion choices are unethical, or that these choices should be taken out of the hands of pregnant individuals.

You write in your book that the challenge of parenting a child with Down syndrome is overstated. How so?

“I present two types of evidence to support my claims: memoirs and commentaries authored by parents of children with Down syndrome, and social science research studying the various dimensions of family functioning. There is abundant evidence that families that include children with Down syndrome function, on average, as well as families that have only nondisabled children.”

Should people – and particularly liberals – be wary of the spread of prenatal testing in reproductive healthcare?

“Conservatives have ideological reasons to oppose abortion of any kind, so it is probably liberal-leaning folks who tend to choose selective abortion. Like a lot of things, decisions about prenatal testing provide a window into questions about what kind of society we want to live in.

“The widespread elimination of people with Down syndrome from our communities through prenatal testing and selective abortion proceeds from and enables the domination of values that many liberals would oppose if only they recognised this domination.

“In my book, I conclude that prenatal testing decisions are often motivated by economic concerns. People with Down syndrome tend to live good lives, and their families tend to flourish. But prospective parents avoid children with Down syndrome because they perceive that such children will not grow up to proceed through the standard narrative arc of middle-class success – which includes things like having a prestigious career, getting married, and buying a big house.

“Other economic considerations come into play as well. I think liberals are not ultimately committed to the idea that our human worth can be measured by our ability to realise these standards of success.”

Is western society moving in the right direction in terms of supporting the parents of children with Down syndrome?

“If you look at the past 50 years or so, yes, western society is moving in the right direction. There was virtually no support for parents of children with disabilities 50 years ago, during the era of institutionalisation. But these days, every time a government gets elected on a platform of ‘smaller government’, or fiscal austerity, or ‘running the government like a business’, families that include people with disabilities invariably suffer.

“People with cognitive disabilities need good publicly-funded education, healthcare, housing assistance, and employment assistance, among other supports. In a practical sense, fiscal austerity or ‘neoliberalism’ means cutting funding for programmes like these.

“So there are some encouraging signs when looking at the history of people with disabilities in western society. But there are also frequent troubling developments.