Is it time to cut back on criticism? 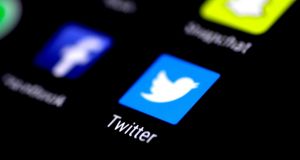 Just when did public debate become a game of trying to catch people out? Did it start with the Enlightenment and its focus on religious hypocrisy? Or should we blame the postmodernists for promoting “deconstruction” and “unmasking” hidden beliefs? Is social media the guilty party instead – for incentivising conflict over constructive dialogue?

Whoever is responsible, public debate increasingly resembles a contest rather than a collective exercise in ascertaining the truth. “Today there is no dearth of criticism, but abundance, proliferation or even superfluity,” observes Tom Boland, a lecturer in sociology at Waterford Institute of Technology.

Boland has just published a book The Spectacle of Critique: From Philosophy to Cacophony which explores what he calls “the tragedy of critique”. Intellectual freedom in western culture has had mixed results. Tearing down every belief system leads to “diminishing returns”, he says. Endless critique “has made it difficult to believe in any values”.

Today’s ‘Unthinkable’ guest, Boland says we need to stop thinking about critique as a superior form of reasoning and acknowledge its “limited value”.

You describe critique as a “spectacle”.Why so?

Tom Boland replies: “Historically, critique means judgment, assessing the merits of a work of art or argument or whatever. Today critique is positioned as a way of discovering the truth, yet it does so principally by seeking out untruth, assumptions, inaccuracies and ideology. In Wordsworth’s phrase, critique is less the ‘friend of truth’, than the ‘enemy of falsehood’.

“Contemporary criticism is focused on ‘unmasking’ our opponents as hypocrites, ‘revealing’ their ideas as ideology and ‘exposing’ their position as being based on unjust power-relations. Today socialists ‘unmask’ the state as the handmaiden of neo-liberalism which stokes inequality, while liberals ‘reveal’ it as a coercive impediment on individual freedom.

“Neither one is a neutral truth. Each of these and many other political positions relentlessly critique society and each other, detecting delusion and domination everywhere.

“Thus, critique is a spectacle in two senses: Firstly, critique provokes an interminable theatre of ‘unmasking’ in the public sphere where even buffoons ‘reveal’ the other as ideological. Secondly, critique is a ‘spectacle’, quite unlike the rose-tinted variety, one which discovers oppression, stereotypes and herd-mentality everywhere.

“No side has a monopoly on critique. Unmasking others doesn’t necessarily lead to enlightenment, but often provokes others to take up the spectacle of critique and reverse it upon us, revealing our political commitments and moral values as ‘merely ideological’ in turn. And being more critical than others or decrying their critiques as fake copies of real critique may only escalate this ‘arms-race’ of criticism.”

How is the culture of critique influencing education? It seems, for example, that no one goes back to original sources anymore; instead we read the criticism of those sources or the counter-criticism, without ever bothering to consult foundational texts.

“Critical thinking skills is the big focus in education today, yet mostly ‘critical thinking’ is just a text-book version of Aristotle’s logic. It teaches people to assess arguments and find flaws in reasoning, but it doesn’t provide any wisdom or values.

“You can be a serial killer or a war-monger and still have good critical thinking skills – morality doesn’t come into it. Teaching people to think critically, creatively or autonomously can often mean giving them no guidance beyond a licence to deconstruct everything around them

“Similarly criticising the sources rather than recognising the value within them is problematic, as it gestures towards an intellectual ‘ground-zero’. Any such totally new enlightenment is basically impossible but also unhealthy as an aspiration, because it means rejecting all existing knowledge critically. Of course, it’s necessary to question and test older sources, but how we think is very much constituted by our intellectual inheritance.

“A final point here is that by focusing on critique and counter critique, our attention becomes focused exclusively on the debate, usually between two entrenched positions, to the exclusion of other less strident ideas.”

How might one guard against the negative effects of critique?

“Being criticised in the sense of being ‘unmasked’ provokes both haunting self-doubt and hostile scepticism towards others, a condition which is both existentially difficult, and tends to be self-reinforcing. Try forgiving your opponent for uncharitably ‘unmasking’ you rather than repeating their aggressive gesture.

“Rather than being drawn into the critical cycle, try acknowledging that critique is trivially true. Yes, all values are derived from the wider culture; yes, we are formed by our culture; yes, everything is socially constructed. So what?

“Catch-all critiques apply equally to anything, so effectively nothing changes. The discussion about values or politics or whatever should continue more reflexively after critique, not be ended by it.

“Critique seems like a sort of ‘special’ move in thought or argument, but it too emerges from our culture. We inherit it from sources as old as Greek philosophy and Hebrew prophecy, passing through Renaissance, Protestant, Enlightening and other variants. Recognising this allows us to accept critique as having limited value among many other ways of thinking. It is just one tradition of thought among many.”

Ask a sage: Question: What are we to make of politicians who never praise their opponents?

Ralph Waldo Emerson replies: “Taking to pieces is the trade of those who cannot construct.”